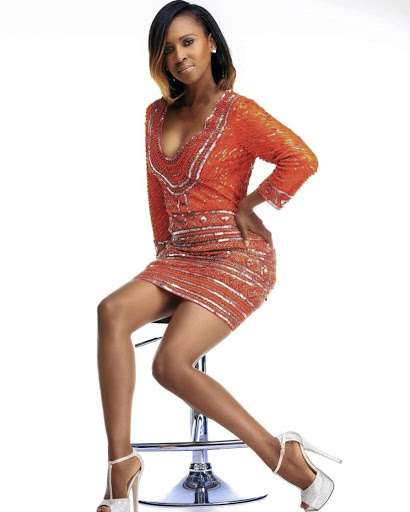 A phalanx of high-profile South African celebrities are being criminally investigated by the Hawks while others are being prosecuted for fraud relating to their taxes.

Danke, who now plays Kgothalo on Isidingo, was warned to appear in the same court next month after the case was postponed for further investigation.

The sultry thespian found herself accused of being on the wrong side of the law after SARS opened a case of fraud against her at Joburg Central police station in March. According to a police statement, Danke allegedly failed to submit her personal tax returns for the years 2012, 2013, 2014, 2015, 2016 and 2017.

NPA South Gauteng spokesperson Phindi Mjonondwane confirmed Danke appeared in court for fraud relating to her personal income tax, but said it was unknown how much Danke allegedly owes the taxman.

"The matter relates to late filing of income tax returns only," she said.

This after he submitted his income tax returns late.

Mjonondwane confirmed that Tau found himself on the wrong side of the law and paid R300 admission of guilt fine when he appeared in the Joburg Magistrate's Court on May 22. "Mr Tau paid an admission of guilt fine, admitting he submitted one income tax return late. The fine was R300 and the case was finalised," she said.

"He was summonsed to appear in court and paid an admission of guilt fine of R1000 per return for late filing of five income tax returns," said Mjonondwane.

She further said it was unknown how much the former Bafana Bafana footie owed the taxman.

"[The] matter related to late filing of income tax returns only," she said.

Mjonondwane confirmed the case against Khune, saying "[the] matter [is] pending [and Khune] has not appeared in court".

Khune could not be reached on his cellphone for comment but responded to questions sent to him by SMS with emoticons of a laughing face.

Danke, Tau and Modise could not be reached for comment at the time of going to press. Kaizer Chiefs spokesperson Vina Maphosa said this was Khune's private matter and declined to comment.

Sunday World rejects assertions that have been circulated that our story is fake.
News
3 years ago
Next Article