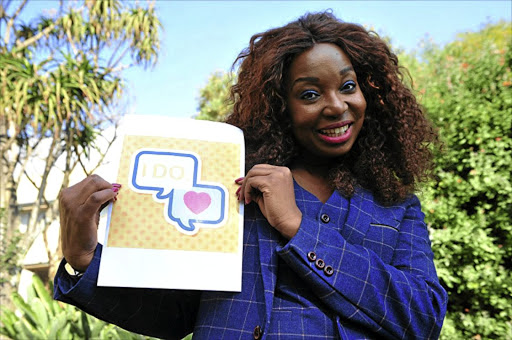 Businesswoman and celebrity wedding planner Glory Maseepe will end her Women's Month on a bitter note after she was humiliated when a business rival assaulted her in public in Pretoria this week.

Maseepe has since opened a case of assault at the Pretoria Central police station against another wedding planner, Thapelo Molatudi.

Sunday World has seen a video that shows Molatudi stalking Maseepe like prey before grabbing her and wrestling her to the ground.

In the video, Maseepe can be heard asking Molatudi why she is assaulting her but the latter keeps accusing Maseepe of having pushed her.

Maseepe did not defend herself during the incident but instead pleaded with the security guards to assist her.

Ngema said life without Masilela has been difficult but she takes every day as it comes.
Lifestyle
3 years ago

"We were attending a briefing session at the City of Tshwane with the events management department and Thapelo and her cousin knew that I would be at the meeting at Tshwane House.

"After she beat me up, they were boasting that they had sorted me out," Maseepe said.

She said a man unknown to her had approached her after the incident and asked her to resolve the issues out of court.

"I cannot do that because I have lost my dignity. Even though I am feeling better now, I was traumatised by the incident. I couldn't sleep that night. I sustained injuries on my back and my shoulder is swollen," she said.

Maseepe told Sunday World they were friends but their beef started after Molatudi opened her own events management business. She said their fallout had also spilt onto Facebook, where they had hurled insults at each other.

Molatudi denied they were ever friends, saying she had only met Maseepe once in Lebowakgomo, Limpopo.

Molatudi said as she walked towards the underground parking at Sammy Marks Square, Maseepe had pushed her and pulled her by her jacket. "She was pushing and insulting me. I was only defending myself. I also went to the police station to report a case of intimidation and threat against Glory because she has hired hitmen to kill me."

Sunday World could not get comment from the police about the two cases, but an officer privy to Maseepe's case confirmed an investigation was under way.

The story "Wedding planners in cat fight at mall", in the Sunday World of August 26 2018, misrepresented the facts.

The report casts Glory Maseepe as the innocent victim while I have been shown to be a villain.

I would like to put it on record that Maseepe is a charlatan who claims to be a friend when in fact she only had made one acquaintance with me.

Evidence has been presented on how Maseepe had been stalking me for years and even harassing me on social media platforms.

The abuse, curses, vulgarities and vitriol I suffered at her hands are recorded in a trail of correspondence from Maseepe.

I was, therefore, not the aggressor; Maseepe has been stalking and tormenting me for a number of years on social media and in the space of enterprise.

What she purports is strongly refutable. On August 22 2018, Maseepe instigated the fight, followed me from the municipal building calling me names and accusing me of sleeping with men in order to get business.

I was quiet while she was verbally abusing me and kept walking towards the parking lot. When she tried to pull me by my jacket, she then pushed the lady next to me who was trying to stop her from harming me. They then physically fought.

I did not touch Maseepe, nor did I physically or verbally fight her.

Your reporting was nothing else but biased.

Reality show goes behind the scenes.
News
3 years ago
Next Article