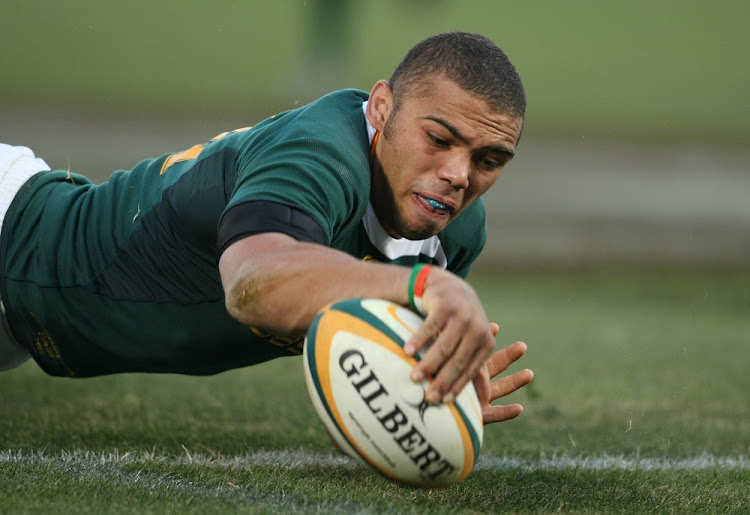 Bryan Habana's father Bernard Habana is accused of swindling more than a R1-million from the director of Kwanza General Trading.
Image: James Oatway

Nancy Karimi, a businesswoman based in both Dubai and Angola, opened a case of fraud and theft against Makgekgenene in Angola in May stating that he and Habana offered to assist her move R10-million from Angola to Dubai for a fee of R400000.

However, they allegedly kept the money. According to her affidavit, the two promised her the funds would be transferred to her account within 48 hours upon reaching their accounts.

However, despite sending 25-million Angolan kwanza (R1.3-million) into an account given to her by Habana last August, they never sent a cent to her. These transfers, Karimi said, were meant to happen in eight tranches which would have seen her transfer close to R10.5-million.

However, she said upon realising that she was duped, she opted to withhold the rest of the money. "They asked me to transfer more money to them, while they had not transferred the money to me."

Scammers ride on fight against corruption.
News
3 years ago

Karimi alleged that Habana whom she met through an associate tried to swindle more from her stating that he sent her a fake swift transfer of an amount of $395000 (R5.6m) confirming a nonexistent deposit to her account.

"He put considerable pressure on me to deposit more. But thankfully I did not fall for their bait, insisting I wanted a refund of the 25m [kwanza] reads her affidavit.

When she refused to send them more money they allegedly lied to her that one of Nelson Mandela's daughters was working with them, and would transfer money to her.

Karimi said she only discovered five months after trying to locate the actual owner of CDS Media, whose account she had used, that the money was fraudulently claimed by Makgekgenene.

"It was this Botswana national that provided Habana the account details [where the money was deposited] .," she said.

Karimi said the real owner of the company, Enoque Francisco, who confirmed having done business with Makgekgenene, was totally surprised to hear the money belonged to her. "He sprang into action and confronted Makgekgenene and asked him to refund [the money] immediately." She alleged he sent her deposit receipts which were all fake. She said Makgekgenene last December signed an acknowledgement of debt and also handed over a copy of his passport. Seven months later, she said, the tycoon still had not paid her back and has ignored her lawyer's letters of demand.

Habana confirmed knowledge of the matter, but said he was not party to any fraud. "I introduced the two, that's all I did. This matter has nothing to do with me.

"Atang Makgekgenene is the one who sent fake swift transfers receipts to the woman. The only thing I did was to forward them. In fact I was the one who was trying to make sure she gets back her money. I'm happy she opened fraud and theft cases against him."

Makgekgenene said he was liaising with Karimi to discuss the matter. "Are you now her debt collector?" he asked.