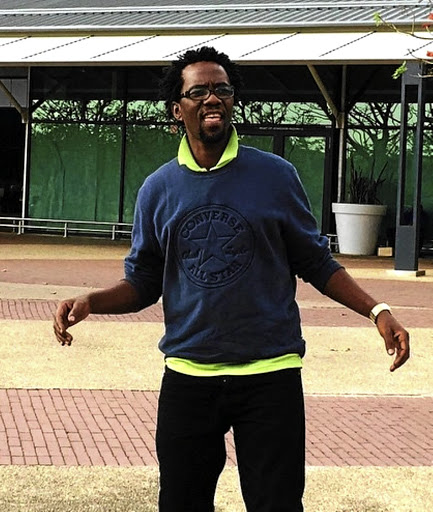 Umhlobo Wenene FM DJ Thembinkosi "Luckeez" Matyolweni has been reduced to a nervous wreck after he and his new lover started receiving threatening messages and death threats from a stalker.

Matyolweni, who now lives in a location he cannot disclose for his safety, said his life became a living hell after he left his Port Elizabeth marital home last December. The dreadlocked DJ, 39, who co-hosts the Sijikilanga midday show, was married for eight years and has two minor children.

Then came anonymous calls with a male voice informing him that his days are numbered and he should watch his back. He said he cannot rule out his estranged wife's involvement in the matter.

He did not want to divulge reasons for the collapse of his marriage except to say: "Every marriage encounters some problems at some stage. But I guess ours had reached a point where nothing could be done to fix it." 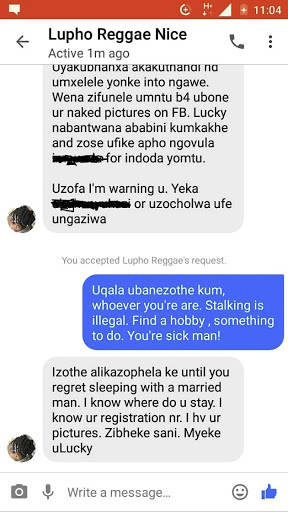 He confirmed that he was romantically involved with someone else whose details he refused to divulge. But it would seem he and his new squeeze haven't enjoyed any peace together.

Matyolweni showed Sunday World insulting messages sent to his new lover. In one of the WhatsApp messages, a woman who goes by the name Lupho Reggae Nice warns the new squeeze that if she values her life, she should leave the DJ alone.

She further says: "Lucky and his wife worked hard on their marriage sukuziqhathisa ngendoda enomfazi [don't be fooled by a married man]."

In another message, she accuses her of being a home wrecker "now that you are fed up of being a lesbian".

Matyolweni said he has since obtained a court interdict at the Port Elizabeth Magistrate's Court. "I just want this whole drama to end. It is clear that I am dealing with a delusional somebody. My name has been tainted as a result of this. This [stalker] has been creating fake Facebook accounts and spreading lies to people."

The DJ's estranged wife first said she was "in the middle of something" and asked to be called back later. But she slammed the phone down when called again.

SIM swap done without her consent.
News
2 years ago
Next Article