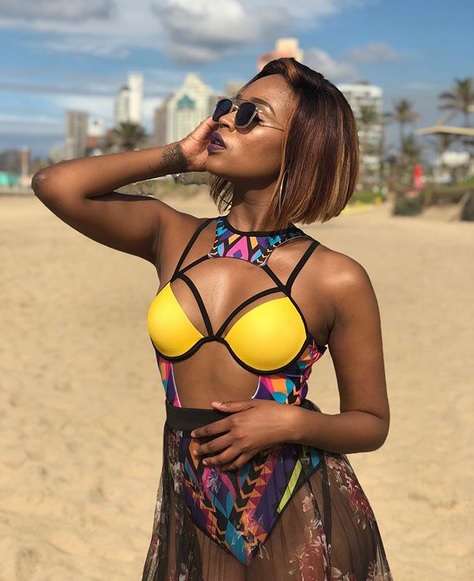 The Queen actress Motsoaledi Setumo is living in fear after a neighbour started to stalk her at her new apartment in Fourways, north of Jozi.

The thespian, who plays Mmabatho on the popular soapie, has reportedly obtained a protection order against the stalker. This was after she attempted to open a case of harassment against him at the Douglasdale police station on Monday. The police advised her to obtain a restraining order against him instead.

Motsoaledi confirmed that her neighbour has been stalking her but declined to discuss further details with us.

But three independent sources, including a family friend and an acquaintance, confirmed that Motsoaledi, who just got a job as a hip-hop DJ at Motsweding FM, has been stalked by her neighbour. "He started off by approaching her in the complex and said he was interested in dating her. She told him to back off because she was not interested in him," said the acquaintance.

Setumo's BMW 'sprinkled with blood' in her garage.
News
2 years ago

The family friend said Motsoaledi went to the Douglasdale police station to open a case but cops advised her to get an order against him instead, which she obtained at the Randburg Magistrate's Court.

"After telling him that she was not interested in him, he kept on coming to her apartment and banging on the door. This he did about three times after she told him to leave her alone," said the official.

The last straw was when he left a bouquet of flowers on her doorstep, and the actress interpreted the unwanted advances as creepy.

"That's when she decided to obtain the protection order against him . He has stopped his shenanigans since then," said the official.

Queen B a nominee for favourite personality.
Entertainment
2 years ago
Next Article