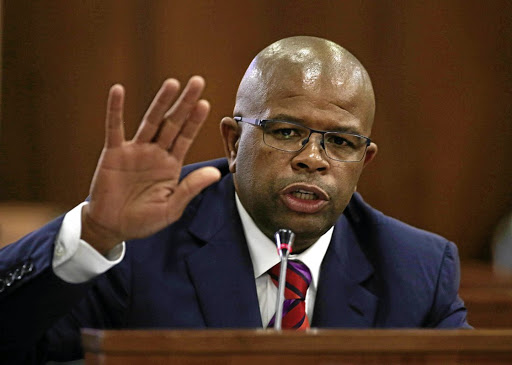 Former Prasa CEO Lucky Montana is facing an R800000 lawsuit over non-payment of loans granted to him by one of Prasa's suppliers, which scored R72 million worth of contracts during his tenure.

The supplier, Nandisa Milisa Consulting Services, which is owned by Nandisa Gschwari, filed papers at the South Gauteng high court on Thursday claiming that Montana was playing hide and seek with the money.

But the application has now exposed the relationship between the two and alleged links to tenders Prasa awarded to the company while Montana was CEO.

According to a Bowman Gilfillan report dated November 14 2016, compiled on behalf of the National Treasury on the appointment of Nandisa Milisa Consulting Services, the company was appointed as part of a supplier development programme in 2012, months after it was registered at the CIPC.

Despite being new and without any business experience, the company secured projects worth R22million and R50million, leading to Bowman's conclusion that it appeared it was solely created for the purpose of doing business with Prasa.

The report further shows that the R50million project was not completed as Prasa terminated the contract following the report, highlighting irregularities in the awarding of the contract to Nandisa Milisa. According to the report, all the projects were awarded without any quotations or a competitive bidding process.

The company was investigated alongside other entities, following Public Protector Thuli Madonsela's report, which recommended that Prasa investigate all contracts worth more than R10million which were awarded from 2012 to 2016. 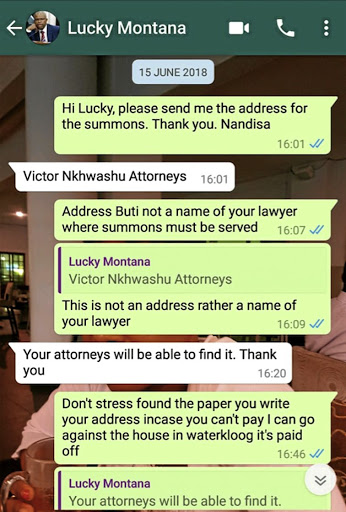 The findings of the investigations were that Nandisa Milisa was appointed despite not having a CIBD grading or profile, even though it was expected to carry out construction and maintenance projects.

So damning were the findings against Gschwari's company that the report recommended that of R35million paid to Nandisa Milisa Consulting Services, R28million must be recouped and legal action be taken against the company.

In her court papers, Gschwari stated she advanced a loan to Montana when he was broke. According to the combined summons, Montana asked for the loan in February 2016 claiming that he was struggling to access his overseas bank account for funds.

Gschwari also showed Sunday World text messages in which he allegedly asked for the loan.

She then transferred R791000 into different accounts, including those belonging to law firms. 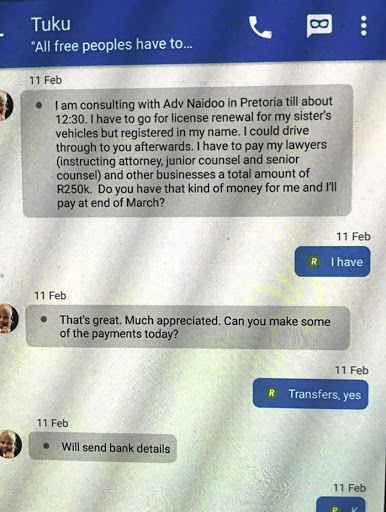 According to the papers, the agreement between the businesswoman and Montana was that he must pay back the money within six months or after he had accessed his overseas bank account.

She now said she wanted Montana to pay the amount owed plus 10% interest, taking the amount closer to R1million.

This week, Gschwari told Sunday World that she was friends with Montana but insisted they met in 2016 after he was fired by Prasa.

She said Montana had promised to pay her back and even showed her one of his houses in Sandton, which he said he would sell if he had to, in order to raise money to settle the debt.

Montana was not available for comment. He had not responded to SMS and WhatsApp messages sent to him by the time of going to print.

Staffer unleashes his lawyers.
News
3 years ago
Next Article