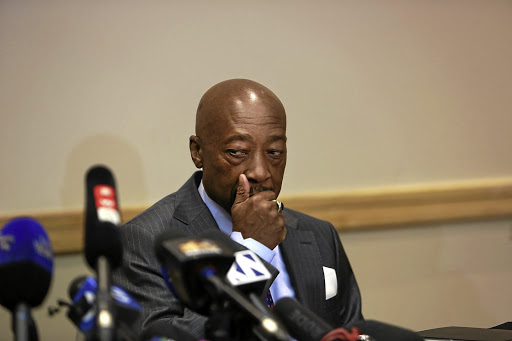 Suspended Commissioner of South African Revenue Service Tom Moyane's son and his girlfriend are allegedly drug junkies who were high when the incident in which she claims the chief tax collector assaulted her occurred.

These shocking claims were contained in an affidavit deposed by one of the witnesses who lives in the Moyane home where the alleged assault occurred.

Sunday World understands the allegations also form part of the rationale behind the NPA's decision to decline to prosecute Moyane.

"We can confirm that one of the witnesses stated in his affidavit that the two were drug addicts and were high," she said. But the complainant's mother poured cold water on claims that her daughter was a drug fiend and was high at the time of the incident.

"My daughter was from school on that day. Why didn't the police notice that? I'm in the process of opening a case against Bethuel for what he said because he was manipulated into saying those things yet he knows that it is in fact Hlekani who has problems with drugs. The boy is troubled. They (his parents) kicked him out of the house on several occasions because of his addiction, and he came to live with me," she said.

Hlekani couldn't be reached for comment at the time of going to press.

"I can't comment on the matter. Speak to my lawyer," he said. 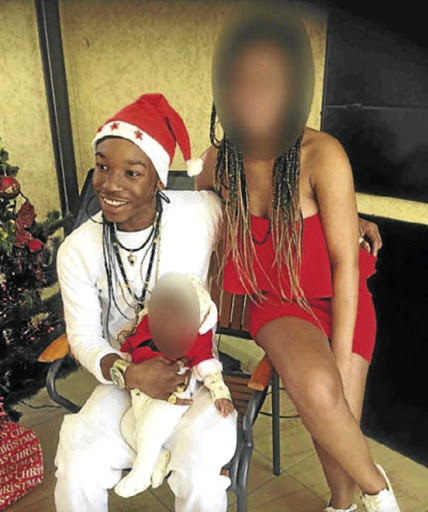 His lawyer Eric Mabuza said: "How does this alleged incident of drug use, which is in any event an uncorroborated observation of a single witness, become a matter of public interest?"

Moyane was accused by the 17-year-old girlfriend of his son Hlekani of assault.

She alleged that he kicked her in the face and "rugby-tackled" her during an argument at his Joburg home in May.

Moyane reportedly accused the woman of witchcraft and of destroying his "empire".

The woman claimed that she suffered a bruised jaw, abdomen and a cut to the cheek after Moyane allegedly kicked her like a Ninja.

But witness Bethuel Ngwenya, who resides in the Moyane household, said Hlekani and the woman were drug addicts and were high on the day of the incident.

He said he was in the house when he saw Hlekani and the woman at the gate inside the property.

Ngwenya said he asked them how they gained entry and they told him that they came with a locksmith who apparently broke the gate.

"I went around the house and that's when I saw the lady by the bar. It was his girlfriend by the name (name withheld). I then asked her what was she doing because she is not allowed at the house. "She started swearing at me. I called the owner of the house Mr Tom Moyane. She then said she is going to open a case against him," he said in his affidavit.

Ngwenya said Moyane arrived and found Hlekani and his girlfriend by the bar.

"After he spoke with Hlekani he asked them to leave his house. They then took their bags and went outside. She continued swearing at Moyane telling him that she is going to open a case against him. I was there all the time until Ubber (sic) arrived and fetched them," he further stated. He said when they were outside he saw the woman take out her cellphone and hitting Moyane on the chest (with it) and swearing at him.

"Both Hlekani and his girlfriend (name withheld) were high (drunked)(sic) as they were both addicted to drugs," Ngwenya concluded in his statement.