Court to rule on Arthur Mafokate vs Cici case 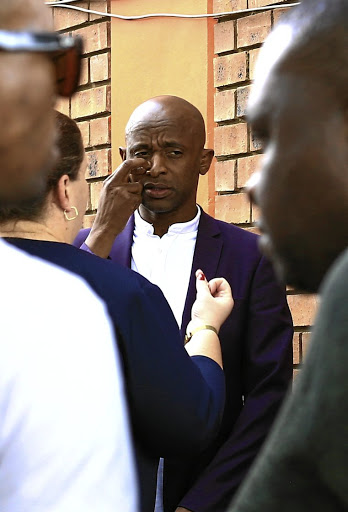 The Midrand Magistrate's Court will tomorrow deliver judgment on the assault case by kwaito king and businessman Arthur Mafokate against his ex-girlfriend singer Busisiwe "Cici" Thwala.

Mafokate opened the case during the course of the trial for assault charges brought against him by Cici.

The songbird had claimed her then boyfriend had dragged her with his car for several metres until she broke her pelvic bone and spent weeks in hospital.

Cici and her management team could not be reached for comment.

Mafokate's lawyer Bongani Khoza said his client was in the good hands of the judicial system but did not want to comment further until judgment was delivered.

Meanwhile, the South Gauteng High Court had on Tuesday struck off the roll a civil case Mafokate had instituted against popular radio presenter Owen Ndlovu.

Mafokate had told the court he invested R500000 in Ndlovu's company, Michael Owen Productions, which produces the SABC Summer Song of the Year Awards. He said Ndlovu failed to keep his end of the bargain in the deal.

Ndlovu was relieved the matter was concluded and believed it was a misunderstanding because Mafokate knew he had to bring R5-million worth of sponsorship to the event.