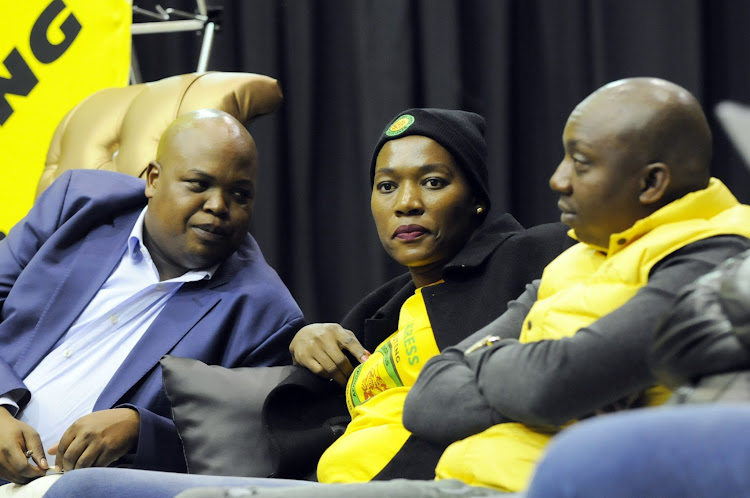 The Limpopo premier Stan Mathabatha is set to announce two new MECs in his executive on Thursday.

This follows the resignation of the MEC for sports, arts and culture Onnica “MEC Wodumo” Moloi last month and the passing on of MEC for Agriculture Joyce Mashamba.

According to reliable sources, the newly elected provincial deputy secretary Bioskop Makamu and member of the Limpopo legislature Thandi Moraka will be deployed as new members of the executive.

Sunday World understands that the premier’s initial choice was Limpopo PEC spokesman Donald Selamolela but he was overruled during consultation where he was told he could not replace a female with a male representative.

Moraka’s appointment was done to appease the Limpopo ANC Youth League who have been complaining about the absence of young people in Mathabatha's cabinet.

Moraka is currently serving as Deputy Secretary General of the ANCYL and is already a member of the Limpopo legislature.

The youth leader was in the news recently after it was reported that she had not attended half of legislature sittings in Lebowakgomo, Limpopo.

Meanwhile, Makamu’s appointment comes after Shangaan Disco king Penny Penny, who was gunning for premier and ANC chairperson’s position in the recent elective conference, lambasted the ANC about marginalising Shangaans since the dawn of democracy and that it was time they should also be considered for positions.

Makamu, who joined the top five leadership of the province from Mopani where he served as regional secretary, confirmed that he would be sworn in on Thursday morning as a member of Limpopo legislature, but he referred questions about his pending deployment as MEC for Agriculture to the premier.

"What I know is that I should be a member of the legislature. That's the decision of the PEC, and I have also received a call from the speaker saying I should be sworn in on Thursday morning at 9am," said Makamu.

About his pending announcement as the new MEC of agriculture, Makamu said he was not privy to the discussions as he would not normally be part of consultations involving his deployment."

I am waiting for any decision on my deployment, and so far the decision lies with the premier,” he said.

Moraka said she is not aware of the deployment and would not comment until the premier makes the announcement.However, a senior ANC leader close to Makamu revealed that he was ready for whatever position he would be given by the premier.

"Whether the premier sends him to agriculture or sports, arts and culture, he is not picky. All he needs at the moment is a job because the position he currently holds is not a full time at Mohlala House. Basically he is unemployed," said the leader.

Selamolela confirmed the provincial executive committee has resolved to send its provincial deputy secretary Makamu and former Waterberg ANC regional secretary Tolly Mashamaite to the legislature to be sworn in as MPLs.

The ANC provincial spokesman said the two leaders’ deployment to the legislature does not translate into replacements of positions in the provincial cabinet.

"The premier, after careful consideration of the vacancies that are there, and the pool of cadres in the legislature, will make a determination as to who should be brought into the cabinet in order to strengthen his administration,” added Selamolela.

Premiers’ spokesman Kenny Mathivha said the premier might make his announcement on Friday or anytime during the weekend.