Uncle said it was just a little game we played 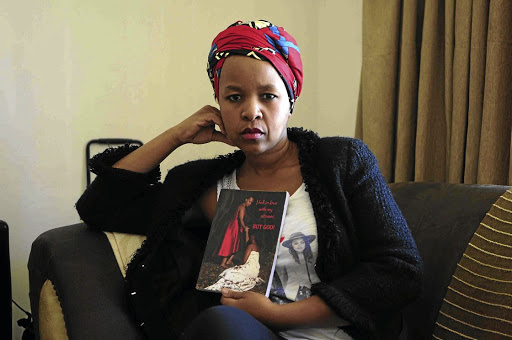 Sarahina Mayoyo, author of How I Fell in Love With my Abuser: But God, recalls the day an uncle sexually abused her while living with her paternal family in George, Western Cape.

"I was 5-years-old when the rape happened."

It was after she moved in with the family. Previously she lived with her maternal family in Mdantsane location in Eastern Cape. This was a huge adjustment for her as she went from being the only grandchild, the apple of everybody's eye, to being just another child among many cousins in her paternal family.

But the uncle (who was not a blood relative) appeared to be the only one giving her attention.

"I found somebody who noticed me. He always said that he preferred me over the other cousins and that made me feel special," she said.

The 34-year-old author takes us back to how it all began. Being the uncle's favourite was something that she enjoyed but little did the 5-year-old know that she was being groomed.

"It started getting physical, he would touch me and make me touch him. He said it was a game we played and also my reward for being a good girl."

The "game" continued till one night it ended with full -blown penetration.

"He told me that I shouldn't scream. I cried internally. I remember how painful it felt but I couldn't tell anyone because he said I shouldn't."

Victim recalls her life of suffering.
News
3 years ago

Mayoyo was sworn to secrecy and she was raped by the uncle until she was 6-years-old. All this time she thought it was an act of love and a reward she couldn't tell anybody else about it.

"When he didn't do it I thought that I did something wrong."

In 1991, just when she was about to turn 7, he left and she was relieved but a huge part of her felt "abandoned", she said.

"I wasn't angry with him, I was angry at the fact that I was not with my biological parents. I had so many questions of why I was there and why me?

"It was difficult because I was new to this family while everyone else was acquainted with one another."

Mayoyo's parents had her when they were too young and were only able to live with her when she turned 10. After they got married they took her in and lived in King William's Town in the Eastern Cape.

"They thought they were taking in their happy and bubbly little girl not knowing that I was a scarred child inside," she said.

It was only at the age of 22 when she met the man who is now her husband that she shared her story.

"So you can say love brought me out of that hole because he asked all the right questions and he didn't give up on me."

Disclosing to her husband helped her tell her family but she said it took some time to be ready, and the family didn't take the news well.

"The truth destroyed my family. My dad felt helpless and my mom was shattered," she confessed.

The maternal family of a 10-year-old girl who alleges she was raped as many as 900 times by her stepfather had tried for years to wrest her from his ...
News
4 years ago

Mayoyo's story is no longer one of a victim but of a survivor. She is now a mother to an
11-year-old girl and she even had the courage to share her ordeal in her book.

When her motherhood journey began she was a very paranoid parent for fear that what had happened to her would happen to her daughter. She, however, understands that she can't raise a child based on fear.

It is also important to teach children at a young age about their bodies, and to know what is not acceptable, she advised.

Mayoyo shared her experience with her daughter before the release of her book last year, and says her relationship with her parents is now good.

"We have a truthful relationship, we don't love each other blindly."

In the book, Mayoyo doesn't mention the name of the uncle.

"This book is not (about blame) hence no names are mentioned. It seeks solutions; it seeks to build and focuses on what happens after all that"

It’s long past time for men to learn that certain behaviours will not be tolerated — and that power does not offer a protective shield.
S Mag
3 years ago
Next Article