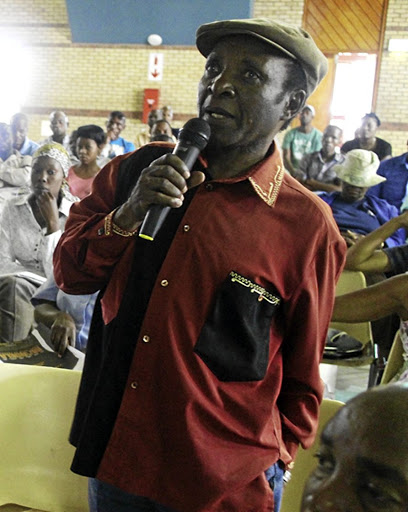 Thobela FM gospel show presenter Rudolph Letsoalo has been accused by the Limpopo Artist Movement (LAM) of enjoying free rein at the station.

Letsoalo allegedly compiled his own music and produced his Sunday gospel show A Re Tumisheng Morena.

This is in contrast with the SABC's policy which decrees that presenters should have producers and should play music compiled by music compilers.

This was revealed by two SABC employees after the movement met with station manager Moshongwa Matsena and programmes manager Florina Sebola on Tuesday.

The employees, who did not want to be named for fear of reprisals, also said the movement which was represented by its chairman Mphoza Mashabela and his deputy David Maimela, among others, submitted a formal letter of complaints to the station mandarins after the meeting.

In the letter, which has been seen by Sunday World, the movement stated that Letsoalo enjoyed free rein at the station.

The movement said its complaint was ignited by an outcry from local artists who alleged that Letsoalo insulted them on air.

DJ MacG slips through long arm of the law

"... comments made by gospel presenter Rudolph Letsoalo on the 20 May 2018 that he does not play maudu [rubbish] music.

The movement demanded Letsoalo apologise or resign from the show, and threatened to report him to the Broadcasting Complaints Commission if he failed to do so within 14 days.

"You know that in terms of procedure you are supposed to speak to the SABC spokesperson [Kaizer Kganyago] because I don't talk about those things. Please talk to him, thanks."

Kganyago confirmed they were investigating complaints by LAM but refuted claims that Letsoalo enjoyed free rein at the station.

"The station manager Mosh Matsena and the programme manager Mmankwe Sebola had a meeting on Tuesday with LAM to address some complaints from them.

"The LAM raised a lot of allegations which the station management is still investigating," he said.

Host to use TV slot to spotlight special people.
Entertainment
4 years ago
Next Article