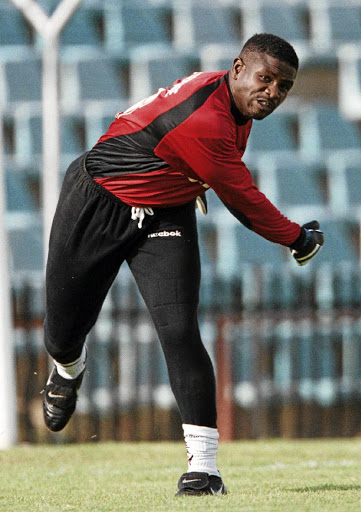 A Gauteng mother has accused former Moroka Swallows and Nigeria goalkeeper- turned pastor Idah Peterside of stealing her daughter and keeping her at his Kempton Park home against her will.

What broke the camel's back was when the young woman dropped out of her third year studies at Ekurhuleni West TVET college.

Peterside, according to Mabelane, accused her and her mother of witchcraft, claiming they tried to introduce the girl to witchcraft practices, an allegation which they both denied.

So intense was the battle between the two that it took police over five months to resolve the dispute between them, with both parties claiming her.

Peterside went as far as deposing an affidavit at the Kempton Park police station appointing himself as the girl's legal guardian, allegedly without the mother's consent.

Sunday World has seen a copy of the affidavit and in it, Peterside wrote that he was staying with Mabelane's daughter Pabalelo.

Mabelane challenged the man of the cloth's claim to her child, alleging that the pastor had hypnotised her daughter and that she no longer wanted anything to do with her family.

The mother of three daughters said Pabalelo had disappeared in January without a word, only for her to discover that she had mysteriously moved into Peterside's house in her neighbourhood of Kempton Park, East Rand.

"Imagine not knowing or seeing your daughter for five months and when you find out where she is, a pastor tells you that she is no longer your child. The worst thing was when he called me a witch because I was asking him to give me my child back."

Mabelane said she had received odd calls from Pabalelo, who said she was placed at a house with five other young women but were not allowed to be in contact with their families.

Malebane said her nightmare began in December last year after her daughter joined Peterside's church started to demand that she wanted to be independent.

"She asked me to give her R8 000 to pay a deposit for a flat but when I asked her how she was going to pay rent, she said God will provide. That's when I started to get worried," she said.

Mabelane said Pabalelo started having private prayers in her room during which she would hear her daughter pray loudly in a male-like voice.

Mabelane, an IT specialist immediately decided to report him to the police," she said.

After an exchange of bitter words with Peterside and his wife over the phone , police ultimately rescued the young woman on Wednesday. 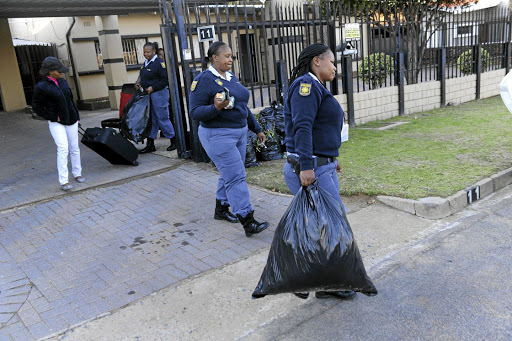 Mabelane's desperation to get her daughter back drove her to write a letter of complaint to Gauteng provincial police commissioner Deliwe de Lange.

She then instructed Sebenza police cluster commanders to attend to the matter.

Sunday World accompanied Mabelane and her mother to extract Pabalelo from Peterside's property on Wednesday.

Upon arrival at the house, it was empty and the gates were locked.

The three female officers called Peterside to alert him of their presence and their intention to get Pabalelo from him but his phone was answered by his wife Emi, who told them that her husband was in Russia to watch the World Cup.

Emi said she did not know Pabalelo's whereabouts. The officers decided to stay put at the property and two hours later, Emi called and said she was coming.

But she did not arrive. Police then decided to go and search for Pabalelo at the church. Upon arrival, burly security guards and a junior pastor blocked the police from entering. It was only after police threatened to shut down the church and obtain search warrants to raid all of Peterside's properties that they received a call from Emi, who said she was now at the house. Back at the house, Peterside's wife said she could not release Pabalelo in Peterside's absence.

The police would have none of it and ordered Pabalelo to pack her bags. While she was packing her bags, Peterside called the police and threatened to "deal with them" if they took her away.

Police spokesman Kay Makhubele confirmed that the provincial police commissioner had instructed police to intervene in the squabble between Peterside and Mabelane. "The police successfully rescued a girl from a pastor's house in Kempton Park ..."

He said the police were now receiving conflicting stories, with the girl now claiming that she ran to the pastor's house after her mother and her granny tried to force her to undergo traditional training to become a sangoma.

Police were earlier sent packing by his guards.
News
3 years ago

"I don't have to answer to you my friend [I am] a journalist, all I ask is do your job as a pro and do an investigation and make sure you come up with the truth 'cause you will meet me in court if you publish what is not the truth and I will keep our conversation as evidence.

If you are wise like I believe you are, call the police officer that came to my house and ask them what truth they found out, it will help you my friend. And pls, come to our church on Sunday and find out what kind of cult you think we are.

Pls, am blocking you know (sic). And am enjoying my football [in Russia]. If you need more info on what to write, my name is Idah Peterside I played for Morocca (sic) Swallows and Tembisa Classic and I played football for the Super Eagles of Nigeria, since you have been sent to tarnish the image I have built in South Africa for twenty years because of xenophobia.

Did I add that the police have called me to apologize because they found out that the woman is lying because I will open a case against them.

Is it wrong to be a foreigner in South Africa?"