Warrant of arrest out for Cici as she misses court 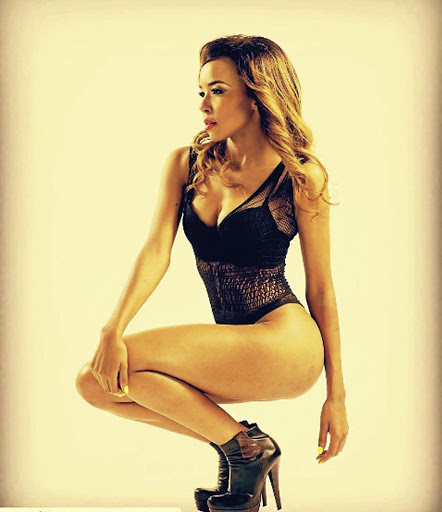 R&B songbird Cici is a wanted woman after not turning up in court.

She failed to show up at the Midrand Magistrate's Court on Friday as a defendant in the assault case opened by her then boyfriend, Arthur Mafokate.

Spokeswoman for the National Prosecuting Authority South Gauteng Phindi Mjonondwane confirmed that a warrant for Cici's arrest was issued.

"We can confirm she didn't appear in court and a warrant was issued for her arrest," she said.

Mafokate claimed Cici assaulted him while they were wrestling for his phone.

He laid a counter charge of assault against Cici after alleging that she hit him with a coat hanger and a steel chair and bit his arms during a scuffle.

The singer laid charges of assault against him last June and accused him of injuring her when he dragged her with his car.

In his statement, Mafokate claimed that Cici had attempted to strike him with a DStv decoder and DVD player during a scuffle in their bedroom, but did not do so after she calmed down.

He said the incident forced him to seek medical attention.

He alleged he eventually fled his house and called the police to come and rescue him from Cici's violent rage.

Mafokate said he was with Cici in his Midrand pad when they had an argument after she demanded his phone.

"I gave it to her but it was locked. Busisiwe then threw the phone back at me and said I'm making a fool of her, I must unlock it. I laughed and told her that I would never give her my phone, I would only do it the day I delete my old messages because I don't want her to judge me," his statement read.

Mafokate further said Cici then grabbed him and tried in vain to forcefully take the phone from him. They went into the en-suite shower where they wrestled further for it.

According to Mafokate, Cici then followed him into several rooms with a steel chair that she hit him with.

"I then held her tightly so that she could not hit me again. We wrestled again and she bit my arms."

The local music industry has finally taken a stand against women abuse.
Entertainment
3 years ago

Mafokate said he ran out of the house, jumped into his car and reversed it for about 20 metres.

"I heard Busisiwe screaming. I stopped the car.

"She came and started banging on the windscreen while shouting.

"I slowly drove to the gate. I slowed down at the gate and pressed the remote to open so I could go out [and] quickly drove out."

Mafokate said he called the police and drove back to the house where he found her standing next to his neighbour's house.

He said he called an ambulance after she told him she was injured.