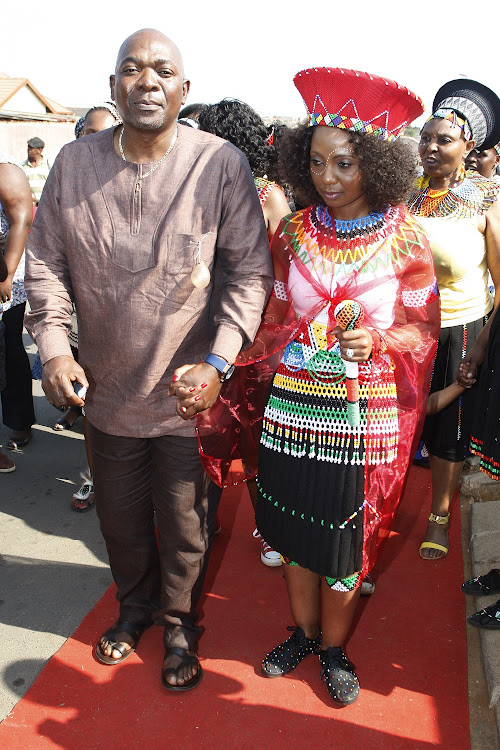 Menzi Ngubane is gatvol of social media posts joking about him dying‚ with his wife calling the pranks disrespectful and asking for them to stop.

Menzi was once again the talk of social media timelines recently when a post about him had people fearing the worst. It claimed that he "peacefully passed by a gas station in Pretoria" last week.

While some people on both Twitter and Facebook thought he died and started writing their tributes‚ others were quick to pick up on the joke and shared it with their friends.

"He is well and very much alive. He has seen the posts and doesn't think they are funny. He's not happy and isn't taking it lightly. It (death) isn't something to joke about. What if someone thought he was actually dead?"

She said it was both "disrespectful" and "annoying" but they were not planning to take any action against the accounts spreading the joke.

"What can we do? What will taking action do? We just have to roll with the punches‚" Sikelelo added.

Dealing with death rumours is nothing new for Menzi. After he was rushed to hospital in 2012 with organ failure‚ social media was filled nearly every day with fake news about his death.

Menzi's health was again a hot topic in Mzansi four years ago when he underwent a kidney transplant that saw him disappear from screens for a while.

The veteran actor later returned to screens on e.tv's Ashes to Ashes and said he was grateful for the second chance at life.

Local TV drama Lockdown is pulling out all the stops for its third season.
Entertainment
3 years ago

Robert Marawa's return to SABC radio was not without controversy.
News
3 years ago
Next Article