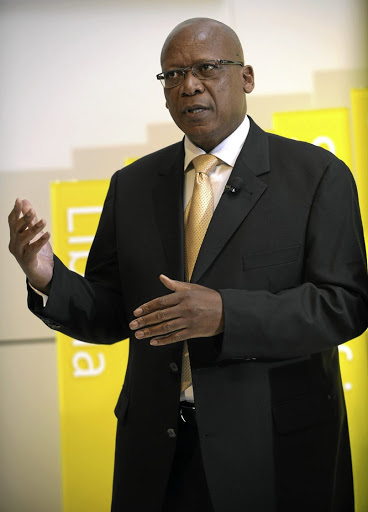 Former MTN CEO Sifiso Dabengwa is involved in a legal battle with a former beauty queen and mother of his daughter.
Image: Russell Roberts

Former MTN group CEO and Eskom board member Sifiso Dabengwa's court application to have full parental rights to a love child has exposed his secret affair with a former Miss South Africa, including how he chucked her out of his apartment after discovering that she was allegedly dating a radio personality behind his back.

These details are contained in an application filed by the businessman at the South Gauteng High Court in Joburg this week.

In the application, the business executive sought a declaratory order compelling his ex-girlfriend to allow him access to and full parental responsibilities for their nine-year-old daughter.

This, according to the affidavit deposed by Dabengwa, was because his baby mama was refusing him overnight access and vacation rights with their child despite him paying for her school fees amounting to R90000 per year and R6000 maintenance a month.

Dabengwa revealed in his application that he was involved in an intimate relationship with the model from June 2008 and it ended shortly before the birth of their child in September 2009.

"I was not married to the respondent at the time...," reads a part of his affidavit.

In the same application, Dabengwa divulged that he bought the woman an apartment in Morningside, Sandton, after learning that she was pregnant with his child.

However, he asked her to vacate the apartment in June 2016.

"I had been told by third parties . that she had married a radio presenter by customary union the previous year," he told the court.

According to the papers, the beauty queen moved out of the property in February last year after giving birth to the radio presenter's child.

Filed through top family advocate Billy Gundelfinger, Dabengwa revealed that his baby mama, who is also an investment banker, had shunned his every attempt to have his daughter sleep over at his Sandhurst mansion, citing that she was still too young to be comfortable with sleepovers.

He said the mother had also pulled out of his proposed agreement to formalise his obligations regarding maintenance and contact with his child after a back-and-forth discussion over e-mails in which they were to sign a settlement agreement guaranteeing him full parental responsibilities towards his child.

The documents indicate that the two could not agree on the wording of certain issues, including school fees, which the baby mama insisted should be clearly stated as private school fees to avoid misinterpretation to mean public school fees in their agreement before she pulled out of the discussions.

She, according to the affidavit and e-mails annexed to the application, claimed that Dabengwa's approach to issues on their child was wrong and that she had been advised that they must just settle the matter through mediators.

However, in the same documents, Dabengwa said the former Miss SA refused to nominate any candidates for the mediation process and she also rejected his proposal to hire a forensic psychologist to help them determine what was best for the child, saying that they can't be spending between R70000 and R80000 for someone to help them understand what was best for their child when they can do that on their own.

The agreement had also included a new monthly maintenance amount of R8000 and an offer to pay for the child's school fees and extra-mural activities, medical expenses, and that the details were expected to be made an order of the court.

Gundelfinger said: "The purpose of the application was to obtain full parental responsibilities and rights in respect of the child and to obtain defined rights of contact."