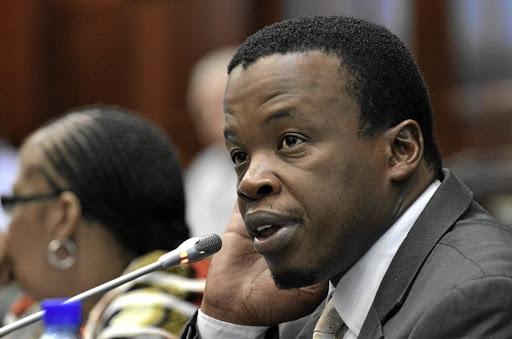 Former Sentech CEO and now State Information Technology Agency (Sita) boss Setumo Mohapi is entangled in a child maintenance and breach of promise stew with the mother of his love child.

This comes after he was slapped with a R16000 per month papgeld demand by his baby mama and former colleague at broadcasting signal provider Sentech.

According to legal correspondence between the pair's attorneys, Mohapi made an offer of R7500 per month.

In an interview with Sunday World, the woman, who cannot be identified for legal reasons, said the drama was prompted by Mohapi's alleged refusal to take responsibility as a father for the 11-month-old baby.

She said the CEO, who holds a PhD degree in engineering, last saw his daughter on the day she was born in April last year.

"Afterwards he just disappeared after buying a car seat, a few toiletries and a stroller for the baby."

She claimed Mohapi had also ignored an e-mail she sent to him on January 28 in which she outlined all the child's expenses and asked him to make an offer to help pay for half of them.

According to the spreadsheet seen by Sunday World, the overall monthly expenses were a staggering R44000.

Mohapi, who earns almost R4-million per annum, denied all allegations against him.

He said the mother was the one who had been ducking and diving whenever he asked her to send him her bank account details to make payment.

Mohapi also indicated the baby mama has had "access" to an amount of R100000. But the amount, he said, included a loan of R65000 he gave to her before the child was born which she has not paid back.

He also confirmed that, through his lawyers, he made an offer of R7500 as an interim maintenance agreement until the matter is resolved in court.

Mohapi also confirmed that he had only seen his child on the day it was born because his baby mama had banned him from coming to her house.

About the breach of promise allegations, Mohapi said he only told his baby mama that his uncles were ready to visit her family but she didn't bother to follow the traditional process of reporting her pregnancy to his family to kickstart negotiations.