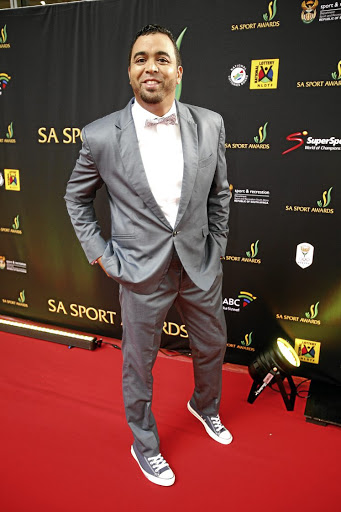 Metro FM has booted seasoned sports anchor Udo Carelse out of the station and replaced him with radio tyro Thomas Mlambo.

This in a desperate bid to ramp up their listenership and apparently to compete with the Radio 2000 sports show, which will be hosted by respected sports presenter Robert Marawa, who left Africa's biggest commercial station in a huff last year.

Sunday World also learnt Metro FM hired Thomas Msengana to beef up their on- air talent. This will be his second stint with the station.

The radio guru will replace Amon Mokoena, who has joined Motsweding FM. Msengana will co-host the lunch show with Pearl Modiadie and Melanie Bala.

SABC spokesman Kaizer Kganyago confirmed that Carlese has been replaced by Mlambo.

"Udo has been assigned to do other things for SABC Sports."

He referred other questions to the statement issued by the broadcaster on Friday night.

In the statement, Metro FM station manager Sibongile Mtyali said: "We have never been a station that changes for the sake of change but rather one that adapts to a changing medium and because we deal with premium talent who are always reinventing themselves, we always have to be ready to allow that process to take place."

Meanwhile, Generations: The Legacy actor Rapulana Seiphemo will cut his teeth in radio at Motsweding.

Seiphemo will be joining Sammy Fever on the Saturday breakfast show Leretlhabetse (6-9am) and will also host the Sunday evening show called Sepelong (9pm-midnight).

Station manager Katlego Mokhele said: "The new talent and retained on-air talent has been placed according to their abilities to grow listenership for the station and market share for SABC radio."

Radio legend Bob Mabena is taking over the Power FM breakfast show from March.
Entertainment
4 years ago
Next Article