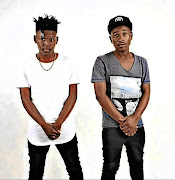 Gqom kings Distruction Boyz and their business partner DJ Tira have allegedly admitted that their blockbuster song Omunye was stolen from DJ Lag.

The three parties allegedly reached an agreement after a series of meetings held with copyright lawyer and forensics expert Graeme Gilfillan of Nisa Global Entertainment.

Gilfillan was representing DJ Lag, who was the complainant in the matter.

DJ Tira said: "We are in talks to try and resolve this issue peacefully for the sake of the sound that is currently ruling the SA dance scene and being warmly received internationally. We don't want to spend the money we don't have fighting.

"We believe in DJ Mphyd's productions. We will address the press once we have finalised our talks."

Distruction Boyz couldn't be reached for comment as they ignored our phone calls and text messages.

"I'm not at liberty to talk to the media about that," he said.

The stellar cut was a subject of controversy when DJ Lag complained that Distruction Boyz stole the song from him.

They responded by saying that they bought the song from DJ Mphyd.

Once settled such will be confidential to the parties. "In terms of the options to fix, to fight, to fix and fight or to do nothing, the parties have chosen to fix the matter and truth has prevailed," he said.

"... the credit is due to DJ Lag and his management Black Major, in particular the resolve to stand by the truth, on the one hand and to DJ Tira, DJ Mphyd and Distruction Boyz on the other hand.

"It is their collective minds that has led them to the place of resolution which sees DJ Lag as a songwriter on Omunye as well as licensor of the sound recording copyright of Omunye.

He said the parties will share royalties generated from the tune after the paperwork has been finalised.