'Nothing will separate me from my nyatsi' 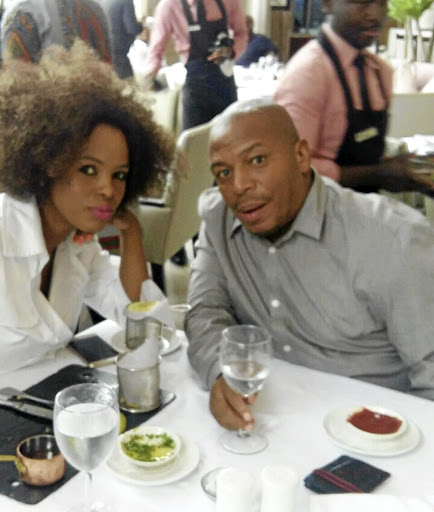 Vanessa and her husband Itumeleng Pooe.

Former Radio 702 presenter Kay Sexwale has been dragged into a cheating scandal and messy love triangle that involves a married tenderpreneur and her friend.

Sexwale, who is also former human settlements minister and Gauteng premier Tokyo Sexwale's niece and is ANC's communications strategist, has been accused by businessman Itumeleng Pooe's wife Vanessa of hooking up her husband with her friend Pontsho Hlakoane, despite knowing that he is a married man with kids. The two exchanged various SMSes in which Sexwale asked Vanessa to tell her husband to stay away from her friend when the drama unfolded. Sexwale got roped into the drama when she communicated with Vanessa on behalf of Hlakoane when the two women were fighting.

In the same SMS seen by Sunday World, Sexwale also ordered the woman to stop harassing her friend but to rather deal with her husband.

However, she also offered an apology claiming that her friend should be forgiven as she did not know that Pooe was a married man.

"Hi again Vanessa. It sadly has become my problem to protect my sister from you and your husband. I know her, I know him. He's played you both. She's out of his life for good as of now. I apologise on her behalf that she allowed herself to be in this situation that has obviously caused you a lot of pain. Please leave her alone. Please ask him to leave her alone. I've already asked him and I was met with silence.

"Admittedly I wasn't polite, so I guess he was stunned. I hope you guys can sort things out without third parties intruding in your marriage," reads one of her WhatsApp message to Vanessa. 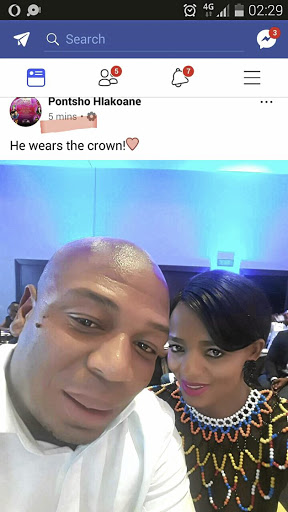 Pontsho Hlakoane posts about her relationship with Itumeleng.

The wife blasted Sexwale for meddling in their marriage.

"Why apologise for someone you call a friend. Where was she [Sexwale] when their relationship started. She is at the centre of the two's affairs," Vanessa said.

Sexwale, according to the exchange between the two, also shared with Vanessa an SMS she sent to Pooe in which she threatened him with arrest if he did not stay away from Hlakoane. In the message she labelled the affair between Pooe and Hlakoane, toxic.

"If you want to be charged with assault, stalking and harassment I will make that happen. Delete her number," reads the SMS Sexwale forwarded to Vanessa, where she was pleading with the businessman to leave her friend alone.

Before the SMS drama between Pooe's wife and Sexwale, Vanessa had been having confrontations with her husband's nyatsi.

Asked for comment on the matter Pooe, who owns a company called Ellicodor construction that does business with the Gauteng department of education, said his wife knows the right channels to use to communicate her complaints about the matter.

But when told about the SMSes between Vanessa, Hlakoane and Sexwale, Pooe exploded and said he told his wife and her friends that nobody was going to break his association with Hlakoane.

"She took me in when I was sekatana [a nobody]. I'm not going to be forced by anyone to break my association with her. I had no money and she used to help me with her car and paid school fees when my wife had kicked me out of her house and [I] was forced to move in with my mother," he said.

"She [Vanessa] came back to me when I had bounced back wanting us to fix things. Before that she used to slap me in front of her aunt saying I was a nobody and should leave her house because I was struggling to get jobs," claimed Pooe.

Vanessa disputed that she used to assault her husband. "He has never left our house. He is just trying to be a victim when he is not," said Vanessa.

Mzansi men getting hot for the modern sex doll