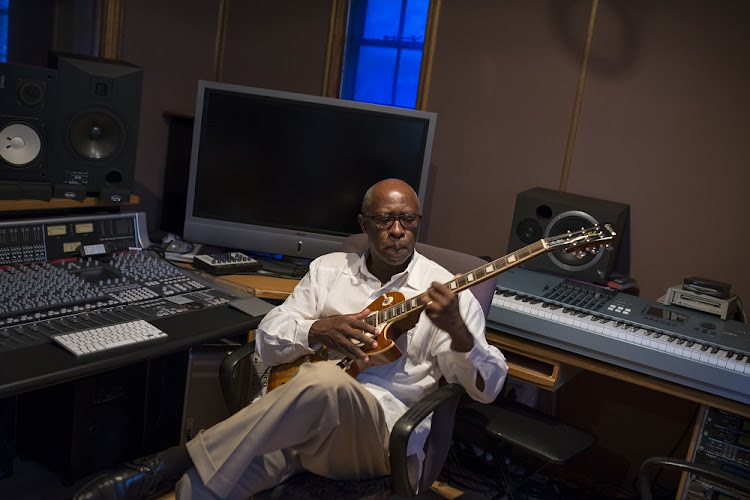 Music veteran Don Laka has disclosed to TshisaLIVE that he was diagnosed with prostate cancer five years ago and is currently receiving treatment.

The multi-award winning producer and jazz musician has been advocating for men to get tested for prostate cancer for some time‚ and regularly posts about going for checkups on social media.

He revealed to TshisaLIVE that during one of those checkups several years ago‚ doctors discovered he had the disease.

"I go for regular checkups and I post to remind people that they need to also. I will continue to do that as long as there are people there to support me. I have never shared my results before but I have been diagnosed with it. It was five years ago. I am on medication and I am fine.

"It is manageable‚ but if you do not go for checkups you will not know the signs of cancer. They can isolate it at an early stage and you live a normal life."

Don stepped up his rally to educate men about the disease after the death of his good friend Hugh Masekela in January. Bra Hugh had been receiving treatment for prostate cancer since 2008‚ after doctors noticed a small “speck” on his bladder.

"When Bra Hugh was diagnosed with prostate cancer almost 20 years ago‚ he called me. He told me that he had prostate cancer. It made me realise that many men‚ especially in rural areas‚ are dying because it is not detected and treated. They don't go for tests."

#Sendme. #Thumamina. I want to lend a hand to get men tested for prostate cancer.

He said that there was still a stigma attached to the disease which stopped men from getting tested‚ and was willing to lead the fight to break such stigmas.

"I am very passionate about this and I want to raise my voice even louder. I will lead the pack because this is a terrible killer that has too much of a stigma around it. We need to beat the stigma."

Don is determined to live a normal life‚ recording music and performing across the country.

He announced this week that he will be embarking on a major nationwide tour with Soul Brothers. The tour starts at the Soweto Theatre on April 7‚ while Soul Brothers will perform at the Voslorus Civic Centre in Ekhurhuleni on March 3 and Rio Casino in Klerksdorp on March 10.

"We hatched this idea long ago‚ an idea to approach music from both jazz and mbaqanga‚ but everyone was too busy. I realised last year that we were both going to turn 45 years in the industry so why not bring the two audiences together and see if it works. We love our music and dancing on stage‚ it is a rejuvenation."