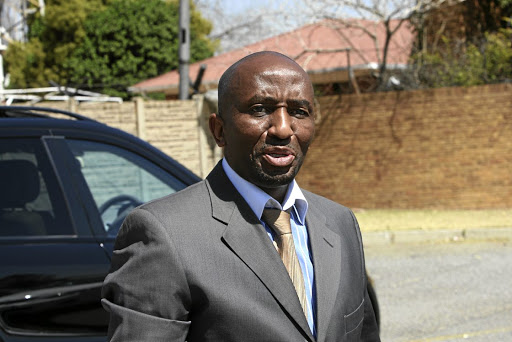 Popular celebrity lawyer Ike Motloung is embroiled in a papgeld matter for allegedly failing to pay school fees for his 17-year-old daughter.

Motloung and his baby mama, who is also an advocate, will face off at the Johannesburg Family Court tomorrow where she will plead with the court to issue a court order to force him to pay R140000 school fees for their daughter.

The baby mama, who cannot be named to protect the identity of the child, confirmed she took Motloung to court but declined to comment further.

"No comment, he is my daughter's father and we love and respect him," she said.

Her legal representative Neo Motsatsi confirmed her client has dragged Motloung to court over the school fees matter but declined to discuss the merits and demerits of the case.

"I can confirm that I'm representing her in this matter but I'm not at liberty to discuss the matter with you as it will be in court on Monday (tomorrow). Our first appearance was in January," she said.

"No, I'm not interested," he said. He also failed to respond to questions we sent to him via text message.

Sunday World has seen a subpoena issued by the court in November last year which stipulated that both Motloung and his baby mama should submit three months' bank statements, copies of their pay slips and a list explaining their monthly financial commitments.

News that Motloung was dragged to court was revealed by the baby mama's relatives, who asked not to be named for fear of reprisals.

The relative said the two met at Alberton Magistrate's Court and fell in love with each other.

They allegedly drifted apart when she fell pregnant with his child.

"They broke up for a while and when the child was about five or six, he resurfaced and told her friend, who is a psychologist, that he was the father.

"He started visiting the child and even took the child to his mother in QwaQwa (eastern Free State) to meet her. They received their child well," said the relative.

The relative said although Motloung loved his daughter, he allegedly failed to pay school fees consistently and that forced his baby mama to take him to court.

"Three years ago, she started school at one of the most expensive but excellent private girls schools in Joburg.