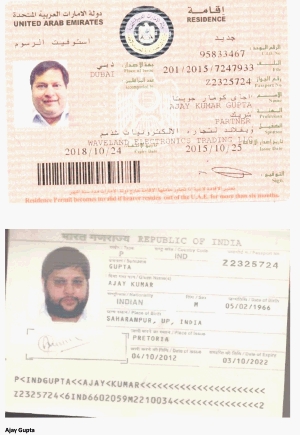 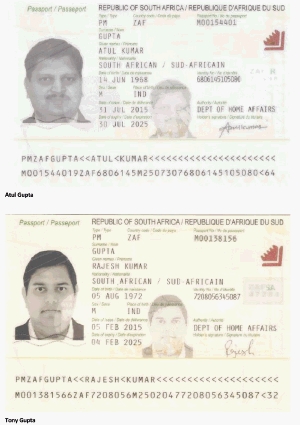 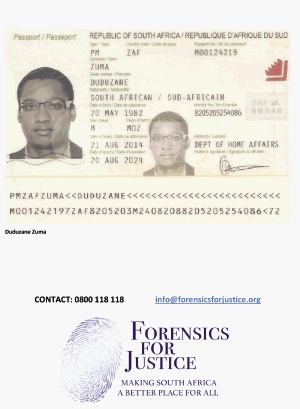 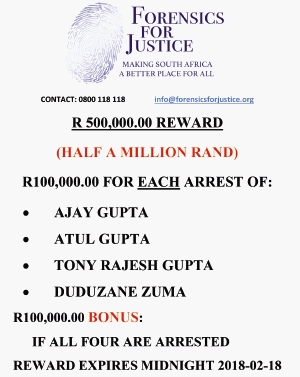 Private forensic investigator Paul O'Sullivan is offering R500000 for tip-offs that could lead to the capture of former president Jacob Zuma's son Duduzane and his business partners, the Gupta brothers.

O'Sullivan, a director at Forensics For Justice, said he was offering R100000 for the arrest of each of the four men - Ajay Gupta, Atul Gupta, Tony Gupta and Duduzane Zuma.

He said the organisation would pay a further R100000 bonus if a tip-off led to the arrest of all of them. The reward expires at midnight.

Speaking to Sunday World yesterday, O'Sullivan confirmed he had placed a bounty on the heads of the four businessmen. "We have received many tip-offs and we are working closely with the Hawks," said O'Sullivan.

"Our mandate is to fight corruption, so we don't want to see these people get away. We want to see justice being done."

The famous sleuth said he had received a flood of tip-offs since he offered the lucrative reward.

"One said they crossed the border into Lesotho; another one said they were hiding in tunnels in Nkandla."

He added that once the four had been arrested, they would investigate how the Gupta brothers obtained their South African citizenship.

"They didn't qualify to be citizens of this country. We are working very hard to make sure this country goes back to what it was after 1994 and we were encouraged by the Sona [State of the Nation Address] speech delivered by President Cyril Ramaphosa [on Friday]," said O'Sullivan.

Ajay Gupta‚ the patriarch of the embattled Gupta family‚ is “on the run” and surrounded by a team of heavily armed bodyguards.
News
4 years ago

The four are reportedly on the police's wanted list for their roles in the Estina dairy farm at Vrede in Free State in which about R220-million meant to help farmers was diverted to their bank accounts.

On Wednesday, the Hawks raided the Guptas' compound in Saxonwold, north of Joburg, as well as other properties linked to them and their associates. Four people implicated in the crime were arrested.

Free State head of department of agriculture Peter Thabethe and his colleagues Sylvia Dlamini and Takisi Masiteng were each granted R10000 bail when they appeared in the Bloemfontein Commercial Crimes Court for the same case.

According to the charge sheet, the accused face 12 counts including theft, conspiracy to commit theft and fraud.

Hawks have issued a warrant for Atul Gupta, thought to have evaded them in yesterday's raids.
News
4 years ago
Next Article