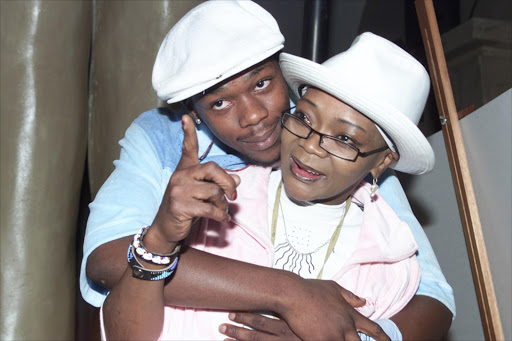 Bongani Fassie is confident that a biopic about his mother's life will go ahead‚ despite Chicco Twala securing a court interdict preventing producers from working on the film.

The interdict means that producers of the film‚ including Bongani‚ are barred from promoting or auditioning for roles on the film‚ while also halting all pre-production on the project.

The film has sparked controversy after Chicco claimed he held the rights to any film about Brenda's life and would fight the film's production and release.

Speaking to TshisaLIVE‚ Bongani's manager Vaughn Eaton said the musician had been counselled to not contest the interdict‚ so that the matter of rights to the film could be resolved.

"He is not upset by the interdict. The issues of rights needs to be resolved as soon as possible. Bongani is confident this will be resolved this week and we can go ahead with production."

Chicco told TshisaLIVE that he simply wanted to have a say in the way Brenda and others are portrayed in the film and was hoping to work with producers.

"I have always maintained that we should work together. We need to talk. It is not my intention to sideline them‚ they are sidelining me."

Despite this‚ Vaughn said Chicco would play no part in the film.

"We are not going to include Chicco in the film. Not at all. We simply want the matter of rights and ownership of the film to be resolved."

The matter is set to be heard in the North Gauteng High Court this week.

Businessman and music producer ‘behind eviction’.
News
3 years ago
Next Article