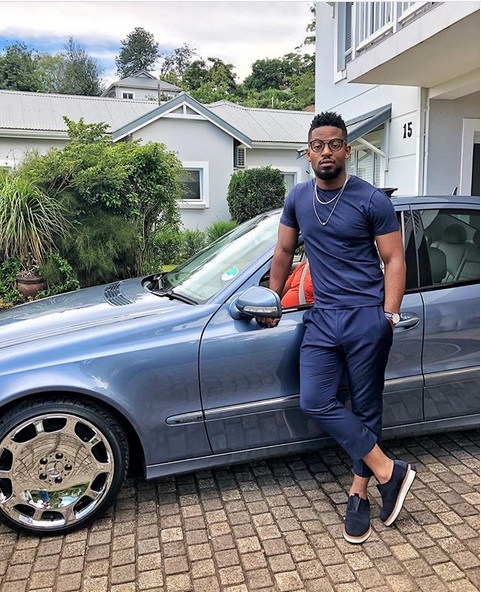 Wajelwa hitmaker Prince Kaybee has been accused of not paying adequate maintenance after he fathered a child with a Gauteng woman and failing to see the baby after it was born.

The 22-year-old woman, who cannot be named to protect the identity of the child, accused the artist of not giving her and the baby enough financial support while flaunting his wealth on social media platforms.

The mother, who is originally from Venda in Limpopo, said she gave birth last August and that Prince Kaybee, real name Kabelo Motsamai, never bothered to see her and the baby.

She was now considering suing Kaybee for maintenance after he reneged on an agreement they had to pay R2500 per month towards the upkeep of the child.

Kaybee was recently in the news for paying R45000 for cosmetic surgery to reduce his man boobs.

"He gave me R3500 when the baby was born in August last year. We then agreed that he would pay R2500 per month. He did that for two months and started paying only R2000 since November.

"I told him the money was not enough because I need to buy formula and hire a nanny. I need to be out of the house and go [and] look for a job. I completed my studies at Unisa where I was doing internal auditing.

"This is a guy who did not even cover labour costs. I paid for everything. He is now coming with stories that he will take care of the medical aid whereas he is the one who said I must look after that aspect at the beginning," she said.

The disgruntled baby mama said the straw that broke the camel's back was when Kaybee posted on social media how he donated money to a charity organisation that helps disadvantaged children.

"He is failing to support our child, but goes out to donate money to other children. All I asked of him was to meet me halfway. He flaunts his Mercedes E63, Audi A4 and Golf 6 on social media. He even flaunts expensive clothes. You see, that is what angers me.

"Everything is in my face. I would text him asking him to send me money and he would tell me he is struggling but he would post a schedule that shows that he is fully booked."

The baby mama went as far as to send a text message to Kaybee's booking manager to find out how much the musician was making.

According to the manager's response, it showed that the popular artist charged R28000 per hour.

"How can someone who charges so much money per hour struggle to afford a nanny? Now I can't even go look for a job because I must babysit. He does not understand that when I have a job, we will be able to help each other with the child's expenses," the woman said.

She said she met Kaybee in 2016 at Sandton City and three months into their relationship, she fell pregnant.

"He inquired about me a lot. He asked my friends about me until he got my phone number from one of my friends.

"We started talking and then we dated. When I told him I was pregnant, he was not happy with it. He started giving me the cold shoulder."

Kaybee's manager Bangi Msikinya, talking on his behalf, said the woman was blowing things out of proportion. "The matter must be resolved, not in the favour of her or Kaybee, but to favour the child."

"She must go consult the family instead of trying to embarrass Kaybee," he said. 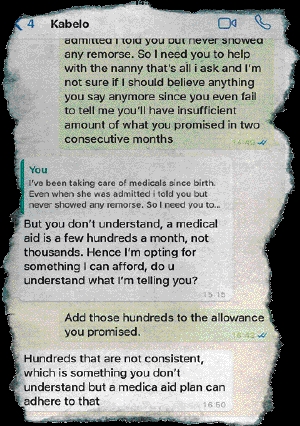 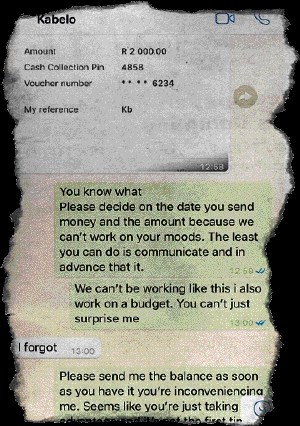