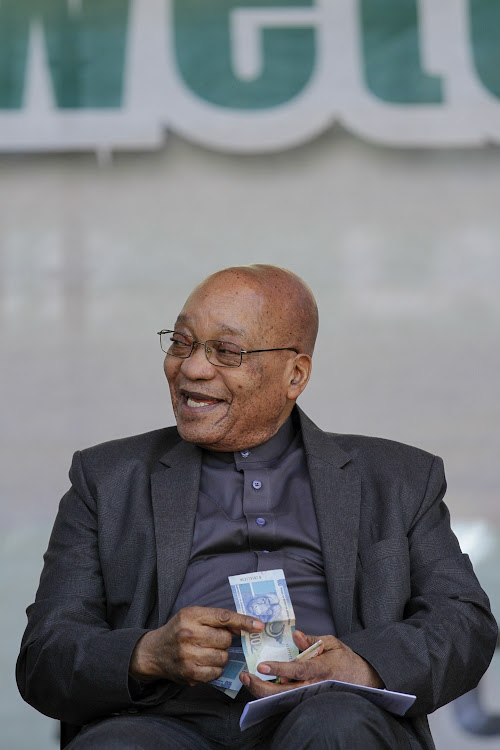 Should Jacob Zuma heed calls for him to step aside as president of the country‚ he will be entitled to his salary and most of the perks he enjoyed in office - for the rest of his life.

He would be paid his annual R2‚989‚845 salary after stepping down‚ be provided with security and an official vehicle‚ an office and a secretary and be entitled to free domestic flights on the national airline.

This has been the case with former presidents FW de Klerk and Thabo Mbeki.

As things stand‚ while still occupying his office‚ Zuma and his family receive medical and healthcare services at the cost of the Surgeon-General through the SA Military and Health Services (SAMHS) of the South African National Defence Force (SANDF). A team of physicians accompany him and the deputy president to engagements.

President Jacob Zuma has, for the past two years, shown his true colours according to Cosatu.
News
3 years ago

The cost of buying and maintaining vehicles‚ transport by road and physical security is borne by the SAPS. Air transport costs are for the account of the SANDF using state-owned or privately chartered aircraft. In-flight catering costs are carried by the Presidency.

Zuma is entitled to the use of official residences in Cape Town‚ Pretoria and Durban. The cost of furnishing‚ maintenance and even the provision of flowers is for the account of the department of public works. Household staff are employed by the Presidency which also pays for special advisors “as needed”. All functions are paid for by the state.

Although a president’s spouse is not remunerated by the state‚ the state provides “reasonable support” to assist with the “day-to-day logistical arrangements of dependent school-going children”.

The spouse of a president is also entitled to the services of a private secretary‚ a state-owned vehicle and driver or protector. Procurement and maintenance costs are borne by the SAPS. A spouse is entitled to use domestic commercial rail or air transport “as and when necessary” for public or private purposes‚ paid for by the Presidency.

ANCYL and MKMVA have given a strong indication that they were preparing for life without Zuma.
News
3 years ago

Pensions for retired presidents previously amounted to 75% of their salary but in April 2008 that was amended by a resolution of Parliament to 100%.

Dave Steward‚ former president FW de Klerk’s spokesperson‚ said that a former president was entitled to receive an official vehicle for life and‚ depending on the security assessment done around the former head of the state‚ could receive an armoured vehicle if at risk.

"They also have security for life which is determined by the security assessment done by the relevant police unit and receive free flights on South African Airways inside South Africa‚" said Steward‚ adding that former presidents all received an office and secretary.

Mbeki has an annual pension of around R2.1m and De Klerk has one of approximately R614‚000.

President Jacob Zuma is known for his fiery speeches which often times were accompanied by a song or two.
News
3 years ago
Next Article