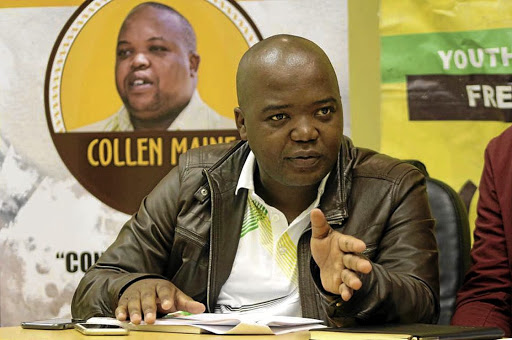 Sabela has surprisingly availed himself to replace Collen Maine following an endorsement by his home province's executive committee at a meeting last weekend.

Sunday World has learnt that Sabela, who two weeks ago told this newspaper that he was not ready to lead the ANCYL, was endorsed by his province to challenge Nkabinde for the position.

It is understood the PEC (provincial executive committee) also mandated provincial chairperson Kwazi Mshengu to lobby other provinces to support their candidate and to open up debate around which province was going to submit a candidate for the position of secretary-general.

Sabela confirmed he was now running for the presidency of the league. He claimed he never supported Nkabinde to lead the youth league.

"There has been misinformation that I support Reggie. I don't remember saying that," claimed Sabela.

No turning back, ANCYL's presidency hopeful says
News
4 years ago

When asked if he was now going to contest, he said he has never refused to serve in any structure of the youth league and was not about to start now.

"I have never missed any stage of leadership structure in the youth league in more than 10 years as a member of the ANCYL. I have served at a branch, sub-region, region and now I'm at a provincial level.

"I'm a volunteer of the youth league and members can deploy me where they see fit. I won't say no."

Sabela dismissed allegations that he approached ANCYL leaders in the Free State to canvass their support for his ambition to lead the league.

"I haven't been to the Free State in many months, so it's not true that I went there to canvass for support."

He revealed however that he had heard about four regions in the Western Cape that have nominated him for the youth league presidency.

"The ANCYL KwaZulu-Natal has also discussed the approach to the conference at its meeting and they are still processing the matter."

KwaZulu-Natal ANCYL chairperson Kwazi Mshengu confirmed that his provincial structure has endorsed Sabela for the position.

"We had a discussion last weekend at our PEC meeting and we felt that we needed to give guidance to PEC members, regions and branches on the approach to conference to ensure the conference does not become disruptive.

"In that meeting, we agreed that we are going to lobby for comrade Thanduxolo Sabela to become president.

"We believe that comrade Sabela has the stature and leadership qualities needed to succeed in that position.

"The position needs someone who is dynamic, sharply brave and fearless; someone who can relate to young people in every sector, the educated and those in the rural areas," said Mshengu.