Trompies: We've come to accept that Mahoota doesn't perform with us anymore 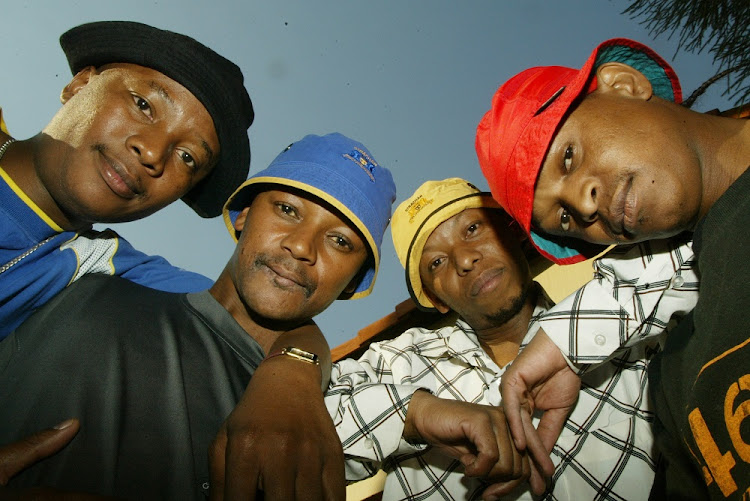 Trompies' Spikiri said the veteran music group were a little frustrated when member DJ Mahoota decided to no longer perform live with them‚ but said they had grown to accept the star's decision.

Trompies have been touring and performing together for several months as they work on a new album and have promised fans "the best performance ever" when they rock the Red Bull Music Festival stage in April.

But one member of the five-piece group who will most likely not be joining them is Mahoota‚ after the star told the rest of the group he would only be with the group in studio to record new music.

"Mahoota has a DJ career. He comes when we are working in studio or shooting pictures. He said he doesn't think he is going to perform with us again. We have come to accepted it and now we even forgot that he's not performing with us."

DJ Mahoota has rubbished suggestions that he was “not interested” in working with other members of the popular group Trompies ahead of their reunion‚ ...
News
4 years ago

"I am still a member (of the group) and committed to Trompies. I am nothing without Trompies but you must understand that we are also solo artists and sometimes I am booked for other shows prior to my performances with Trompies‚ which I need to honour. If I am not available‚ the group goes on without me. That does not mean that I am not interested in the group or they are tired of me‚" he said.

AKA apologises to DJ Zinhle - 'I was too stupid and young'

Rapper AKA finally apologised to former girlfriend and mother of his child, DJ Zinhle,  live on Real Talk with Anele yesterday afternoon.
Entertainment
3 years ago

The group will release their first album in five years later this year‚ after massive pressure from fans.

"We always make sure that we do not take the music for granted and make an album better than the last one. We want to beat the success of our last album. We have been focusing on our solo albums but a comeback was long overdue and we felt it was the right time to come back together again."

The Red Bull Music Festival will be held in Johannesburg from April 3 to April 8.

The actor died last Wednesday in hospital after falling ill.
Entertainment
3 years ago
Next Article