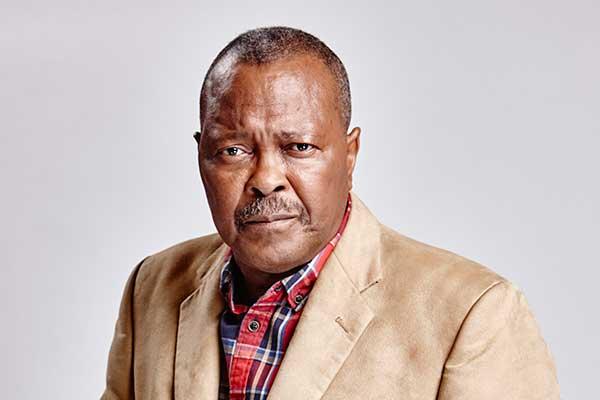 Scandal! actors Kgomotso Christopher‚ Brighton Ngoma and Kagiso Modupe have joined thousands of South Africans in paying tribute to veteran actor Sandy Mokwena‚ describing him as a giant and pioneer of the acting fraternity.

Sandy‚ best known for his role as Bra Eddie Khumalo on the e.tv soapie‚ died in a Johannesburg hospital on Wednesday. The channel revealed to TshisaLIVE that Sandy was sick prior to his death but died of natural causes.

Actor Kagiso Modupe‚ who has been on the show with Sandy since its debut 13 years ago‚ was heartbroken by the news and told TshisaLIVE he felt as if he was in a daze.

"There is so much to say but so little words. He was a mentor to me‚ but so much more than a mentor. He held my hand through it all step-by-step. He was a veteran but he was so humble. He had a massive impact on us all and we now have to deal with the massive hole in our hearts. His death has left a hole in our hearts that seems too big to fill. We will always remember him".

Kagiso said he would forever be grateful for the love Sandy showed him and how the veteran always told him he was proud of him.

"I remember the weekend I was getting married‚ he put his arm around me and told me to go get my own wife. He laughed but I knew what it meant because he would always tell me he was proud of me. For me‚ that meant the world."

Kagiso's fellow actor Brighton Ngoma added that Sandy brought an energy to set that was contagious.

"I wish I had the opportunity to work with him longer but the moments we shared were great. I am privileged to have worked with him and often stood in awe of his acting. He lived a full life and we will remember him in our hearts."

As news of Scandal! actor Sandy Mokwena's death spreads on Thursday morning‚ an outpouring of tributes.
News
4 years ago

Kgomotso joined the soapie last year but said she had always been inspired by Sandy's craft.

"Growing up‚ he was one of the actors I wanted to meet and emulate. I finally got the opportunity to work with him and it was such an incredible experience. His light will never dim because we will carry him in our hearts."