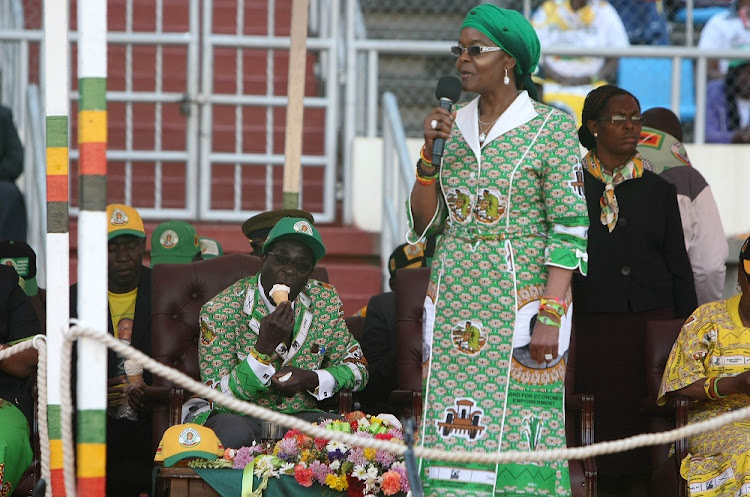 Ninety-three-year-old Robert Mugabe may not be the Zimbabwean president anymore‚ but he will be living like one.

Mugabe was forced to resign in November‚ but the current president has - in an official gazette - revealed that Mugabe and his wife Grace are entitled to more than 25 staff‚ a fully furnished office‚ two properties‚ a fleet of cars for employees‚ private international travel and an entertainment allowance.

Grace Mugabe will be looked after when Mugabe dies and be entitled to stay in an official residence.

The Herald newspaper on Thursday that President Emerson Mnangagwa had released a special gazette detailing the benefits applicable to a retired president‚ their spouse and dependent children.

I have no qualms with honouring our leaders, particularly those who fought for the liberation of African countries from colonial rule. But this does ...
Opinion
4 years ago

The gazette specifically details benefits for any retired president who ruled Zimbabwe since 1987. That was the year Mugabe switched from being prime minister to becoming president‚ suggesting the law was specifically designed with Mugabe and his wife in mind.

The gazette‚ according to the Herald‚ is called a Statutory Instrument of an Extraordinary Government Gazette in terms of Presidential Pension and Retirement Benefits (Services and Facilities for Former Presidents) Notice‚ 2017.

Here are the perks allocated to Mugabe:

The current president has the discretion to increase the number of security personal and decide on Mugabe's entertainment allowance.

The private residence‚ described in the gazette as "a reasonably sized house"‚ is allowed to have five bedrooms‚ a guest wing with three guest rooms‚ a study‚ swimming pool‚ two guardrooms and two garages.

The benefits also include medical aid contributions for the president‚ his spouse and children under age of 21.

Mugabe and his wife will have diplomatic passports‚ first class air and train transport four times a year inside the country. The pair are also entitled to four international private air trips and the use of a Mercedes Benz 500 series or equivalent vehicle in a foreign country.

Mugabe's electricity and water bills will also be paid.

In turn, this has provided Mugabe with a degree of wriggle room, which he has sought to exploit to the full.
Lifestyle
4 years ago
Next Article