David Tlale and The Intern winner in nasty spat 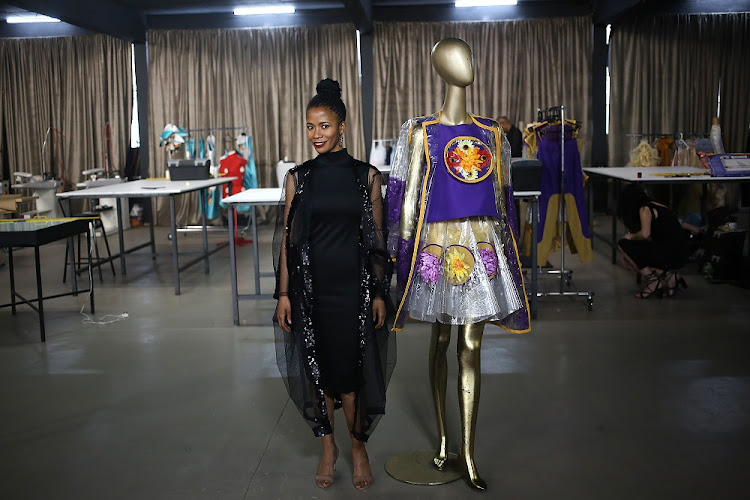 Renowned fashion designer‚ David Tlale and the winner of his intern reality show‚ Kuena Moshoeshoe are embroiled in a nasty spat‚ over prizes worth more than R1 million that she has not received two months later.

The Lesotho-born designer hopeful told TshisaLIVE she was tired of being treated like "a piece of shit‚" and didn't care if she lost the prizes she won in the competition that aired on SABC 3.

The prizes included a new Mercedes Benz CLA‚ R200‚000 in cash‚ a studio with equipment to the value of R250‚000 and a chance to be an assistant designer to David Tlale for one year.

"He (David) is not making sense. His conditions are unreasonable but I can't discuss this right now. I am done waiting for anything from him‚ if he wants to keep them he can keep them‚ not to treat me like a piece of shit. I'm really done!‚" she said.

Thanks to people like Kefilwe Mabote, style can be taught.
Lifestyle
4 years ago

The 29-year-old fashion design graduate walked away with the title during a live-broadcast of the show's finale at Turbine Hall in Johannesburg in October after beating 12 others for the coveted title.

Meanwhile‚ David Tlale told TshisaLIVE that he was still intending on giving Kuena her prizes but said his hands were tied by "lack of contract" and Kuena's "lack of work permit".

"I couldn't give her awards because we don't have a contract in place and she also needs to finalise her work permit in South Africa‚ then we'll take it from there."

David said that they were "waiting for her to revert" to them with regards to the process of attaining what was necessary.

Gorgeous gowns to dress up in for all those special occasions