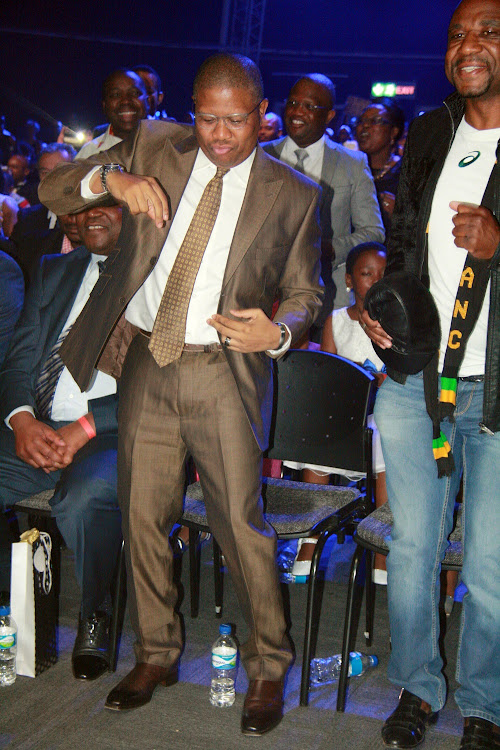 Police minister Fikile Mbalula said on Thursday he had a “not so nice” relationship with former acting national police commissioner Lieutenant-General Lesetja Mothiba.

According to Mbalula‚ Mothiba disobeyed directives that Mbalula issued. “I had a very‚ very‚ very‚ very not so nice relationship with him (sic). I can say it now at the end.”

Mbalula took exception to information that crime intelligence allegedly leaked to the media.

“That’s anarchy. Where police officers leak confidential stuff and minutes (sic). That tells you that that thing is not and you get it from police generals (sic). I will never respect such people … It’s like a police officer who decided to be a criminal‚ to be rogue.”

Fikile Mbalula and the King Sabata Dalindyebo municipality were ordered to pay damages of R1.5million 0 plus interest for the unlawful arrest.
News
4 years ago

Candidates for the post of national police commissioner should be selected from clear criteria and interviewed by an independent panel.
News
4 years ago

The DA said they are concerned about Sitole’s ability to resist political pressure. DA spokesman on police matters Zakhele Mbhele said Sitole granted then-AU chairperson Dr Nkosazana Dlamini-Zuma the use of the presidential protection service “without merit or grounds” when he was the divisional commissioner of protection and security services.

Soldiers will be in gang areas by Christmas‚ says Mbalula

Soldiers are to be sent to gang-ridden areas in the Western Cape and other parts of the country by Christmas.
News
4 years ago
Next Article