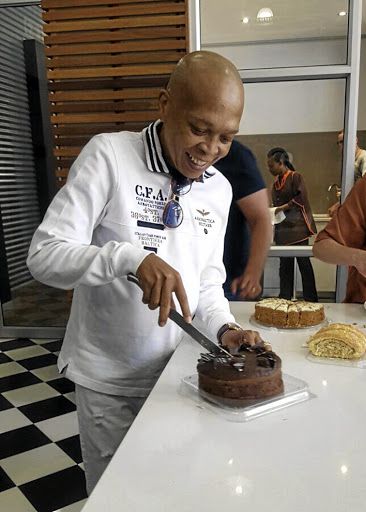 Veteran musician and producer Robbie Malinga is recovering at home after being taken to hospital on Tuesday morning to treat a minor illness.

According to Robbie’s close friend‚ the star was taken to hospital by his wife and missed a listening session of his new album at Universal Music offices in Johannesburg on Tuesday morning.

Robbie’s manager Sipho Dube told TshisaLIVE that the musician had been treated after experiencing symptoms of exhaustion‚ and was diagnosed with flu and fatigue.

He said that the star received medical assistance and was taken home to rest.

Sipho said that they cancelled all of Robbie’s work commitments for the week in order to allow him to recover before his album launch on Friday.

Malinga speaks exclusively on recovering from a debilitating disease.
Hot Topics
4 years ago

“He was shooting a music video over the weekend and this was an unfortunate side effect of that. It is just a minor flu. He is at home recovering. He’ll be fine tomorrow and we have cancelled all his promotions of the album until his launch on Friday‚” Sipho said.

Sipho slammed the constant speculation around Robbie’s health and reassured the nation that he was doing fine.

The news comes only days after Robbie’s name topped the Twitter trends list for his new album.