Ntlemeza fights back after Mbalula axed him as Hawks boss 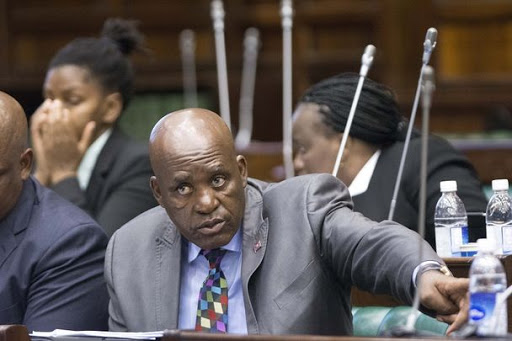 Axed Hawks boss Berning Ntlemeza has turned to the highest court in the land to win his job back.

In a statement released on Sunday‚ Ntlemeza’s lawyer‚ Comfort Ngidi‚ revealed that he had lodged a Constitutional Court application for leave to appeal against a Supreme Court of Appeal ruling that set aside his appointment as head of the elite crime-fighting unit.

In the meantime Ntlemeza wants Police Minister Fikile Mbalula to reinstate him as head of the Hawks.

Ntlemeza was removed in April after the North Gauteng High Court in Pretoria upheld a previous ruling that had declared his appointment invalid and unlawful.

Freedom Under Law and the Helen Suzman Foundation had brought the application after questions about Ntlemeza’s integrity.

The Supreme Court of Appeal dismissed his challenge.

In the statement Ngidi claimed Mbalula had only informed Ntlemeza of the SCA ruling last month‚ despite it being finalised in June.

“The general has expressed shock and dismay that as a dominant litigant the Appeal Court did not deem it necessary to bring it to his attention or his attorney’s attention that judgment was entered on June 14 and only communicated to his attorney on September 22.

“We are appealing to the Constitutional Court to reinstate our client forthwith as head of Hawks.”

Ngidi said‚ while they await the court’s decision‚ they were calling on Mbalula to “allow the status quo to prevail.”

Police ministry spokesman Vuyo Mhaga said: “We remain bound by the decisions of our courts.”