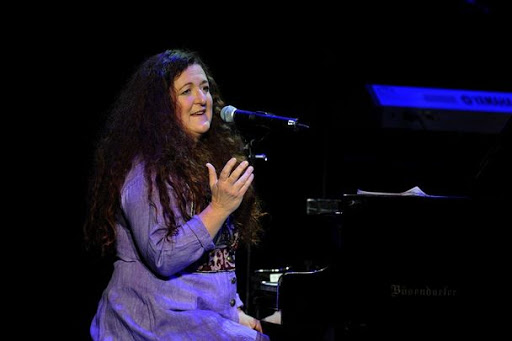 A former Member of Parliament on Wednesday alleged she had been raped by a prominent sports administrator.

Jennifer Ferguson‚ a singer-songwriter and former ANC MP‚ alleged the incident occurred in a Port Elizabeth hotel over two decades ago.

She named the alleged perpetrator but TimesLIVE has not named him as we have not been able to reach him for comment.

“Disclosure after 24 years. I was probably not the only woman raped by this man‚” Ferguson said in a Facebook post accompanied by a picture of her alleged rapist.

“I am deeply sorry that I was unable to report it when it happened and I apologise from my heart to any woman or young girl that may have suffered abuse by this man as a result of my colluding in the conspiracy of silence. I can now begin the process of forgiveness‚” her post continued.

“It is not my intention to ‘punish’ the perpetrator but to bring to light of truth that which has been hidden through years of shame.

“I have been a fearless activist in the political sphere. Worked with child abuse for many years (sic). I have been gifted with so much in my life yet I have been ashamed into silence by what happened‚” she wrote.

“I did not have the inner resources to take this into the legal or even public sphere before. I was personally intimidated.”

In a separate blog post‚ she revealed that the incident happened just shortly after she had been nominated as an MP. She was later invited to sing at an event hosted by the country’s sporting bodies where she met her alleged attacker.

"As I recall‚ there were not many other women present. It was a successful performance and as I was leaving a man struck up conversation with me. He was pleasant and entertaining‚” she wrote.

She agreed to join him for a drink at the bar later but said she needed to change out of her performance outfit first.

“He joined me in the lift and said he would wait for me. I felt a little uneasy as he entered my suite‚ but beckoned him into the lounge and asked him to wait there while I changed‚” she wrote.

“I entered my bedroom‚ closed the door and began to change. A few minutes later the door opened and he entered and without a word grabbed me and forced me onto the bed from behind. He overpowered me and painfully raped me. It must have been over in about 20 seconds although it felt like a lifetime‚” she wrote.

“He left immediately without saying a word.”

While Facebook users hailed her for finally speaking out‚ she revealed her fear.

She said she had been encouraged to share her experience amid the trending ‘Me Too’ hashtag on social media where women have been sharing their experiences of sexual violence.

Ferguson had begun dropping hints of her sexual ordeal earlier this week‚ saying the man who had violated her still held a powerful position in government.

She spoke of the trauma of seeing him after the ordeal.

“Later that month [after the rape] I found myself in the same caucus and would pass him in the corridors. He could never meet my eye‚” she wrote on Facebook.

“A married man he has no doubt done this to many women‚” Ferguson said.