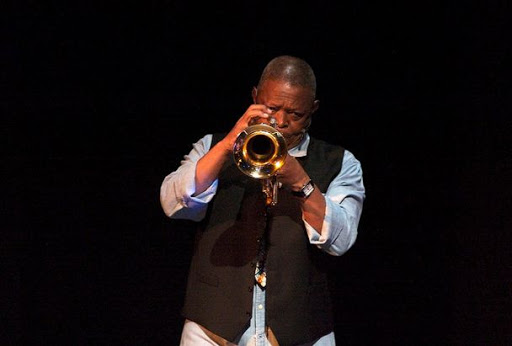 Legendary jazz musician Hugh Masekela sent shock waves throughout the industry yesterday when he announced that he has been silently battling prostrate cancer.

Masekela also revealed that the cancer has spread, but didn't reveal to which parts of his body.

"I have been in treatment for prostate cancer since 2008 when doctors discovered a small 'speck' on my bladder. The treatment seemed to be successful, but in March 2016, I had to undergo surgery as the cancer had spread," he said in a statement.

Masekela said another tumour was discovered last month but it was neutralised after receiving emergency treatment. This after he fell down in Morocco in April.

"In April 2017, while in Morocco, I fell and sprained my shoulder. I began to feel an imbalance when I was walking and my left eye was troubling me.

"Another tumour was discovered and subsequently, in September 2017, I had emergency treatment, and the tumour was neutralised," he said.

The muso said his battle against the disease was and would be a tough one and has since cancelled all his shows, including the Assupol-sponsored The Hugh Masekela Heritage Festival, billed for November 4 at Rockville's Elkah Stadium, so he can regain his energy to fight.

"It is a tough battle but I am greatly encouraged by the good wishes of family, friends and everyone who has supported my musical journey, which remains the greatest source of my inspiration.

"I have cancelled my commitments for the immediate future as I will need all my energy to continue this fight against prostate cancer.

"I'm in a good space as I battle this stealthy disease, and I urge all men to have regular tests to check your own condition. Ask questions, demand answers and learn everything you can about this cancer, and tell others to do the same," he said.

The festival's public relations officer, Maria McCloy, confirmed Masekela will no longer perform at the show, but said the festival will still take place.