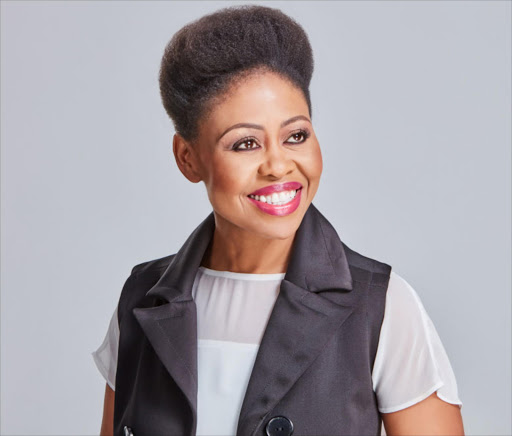 Author Redi Tlhabi said she wrote her account of the life of President Jacob Zuma’s rape accuser Fezekile Kuzwayo because the country needed to start reflecting on power relations in our society.

Tlhabi was speaking at the official launch of her book Khwezi: The Remarkable Story of Fezekile Ntsukela Kuzwayo in Johannesburg on Wednesday evening.

Speaking to radio talk show host and author Eusebius McKaizer‚ Tlhabi was asked how she felt as a citizen following the rape trial.

“If we cared‚ not about the outcome of the case‚ if we cared about our moral DNA as a nation‚ if we cared about what we represent‚ what we stand for‚ such a flawed person would not have been our president. It is a reflection of us‚” Tlhabi said.

Tlhabi also said she wrote the book because “we need to start reflecting on power relations in our society‚ whether from gender‚ the economy and whatever”.

Kuzwayo‚ who was HIV-positive‚ accused Zuma of raping her at his home in Johannesburg in 2005.

Zuma denied this‚ saying the sex was consensual and he was found not guilty in 2006.

Kuzwayo went into exile following the trial as there were threats against her. She returned to the country last year and passed away.

Tlhabi said Zuma was given so many moments in court to acknowledge — even as he held on to his innocence — that it was not the right thing to do‚ there was an abuse of power.

“He was asked about his various positions in society and the authority that he brings to any space that he occupies. He was asked that by the prosecutor Charin de Beer‚” Tlhabi said.

“To the question: ‘Do you acknowledge you hold more power?’ his answer was: ‘I don’t work with her‚ we don’t work in the same space.’ That is being frivolous about something that is important.”

Tlhabi said her analysis of the record of proceedings in the rape case made her physically ill.

Tlhabi said there was an application by the defence in the rape trial to allow questioning of certain cases in Kuzwayo’s life where she was accused of demonstrating the habit of falsely accusing men of rape.

“There was an application. It was granted. But my understanding was that it was meant to be specific to certain cases‚ but her entire sexual history was laid bare‚” Tlhabi said.

She said Kuzwayo was even questioned about instances where she said she was involved with that person.

“What was the purpose of quizzing her about the men and women she chose to be with.”

Tlhabi said she imagined herself as Kuzwayo sitting in the courtroom being asked about every relationship that she had ever had.

“I imagined sitting there listening to (Zuma’s advocate) Kemp J Kemp (SC) pouring scorn on psychology and the relationship between trauma and our actions and reactions.”