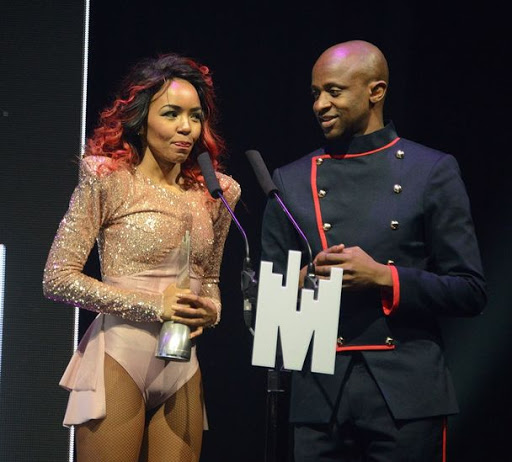 Kwaito king Arthur Mafokate alleges his girlfriend Busisiwe "Cici" Thwala moered him with a coat hanger, a steel chair and sunk her teeth into his arms in a domestic violence incident that forced him to seek medical attention.

Mafokate also said Cici grabbed a DVD player and DStv decoder, apparently to inflict more harm on him, after they rumbled and tumbled in their bedroom. He fled his house and called the police to come and rescue him from Cici's alleged violent rage.

These shocking details are contained in an affidavit Mafokate deposed at the Midrand police station on June 14. Mafokate refused to comment and referred questions to his manager Brian Mokoena.

Mokoena said: "All I can say is that Arthur is not doing well emotionally and really loves Cici. What has happened has depressed him a lot. That is mainly because of the perception out there that he has beaten her up even though in all court papers, nowhere did Cici say that."

Mafokate's lawyer Dan Nakeng also declined to comment on the affidavit but rubbished reports that Mafokate had asked for mediation to resolve the matter out of court.

"This matter is under judicial consideration but I can confirm without a shadow of doubt that my client is not the one who asked for mediation.

"I was approached by the complainant's legal team on the morning of the 18th of August 2017 and they asked me to have the matter postponed for mediation as they wanted it to be resolved through mediation and I did that in good faith.

"I mentioned in court that I was approached by her legal team to postpone the matter for mediation," he said.

Cici could not be reached for comment. According to the affidavit, which Sunday World has seen, Mafokate said he was with Cici in his Midrand pad when they had an argument after she demanded his phone.

"I gave it to her but it was locked. Busisiwe then threw the phone back at me and said I'm making a fool of her, I must unlock it. I laughed and told her that I would never give her my phone, I would only do it the day I delete my old messages because I don't want her to judge me," he said.

Mafokate further said Cici then grabbed him and tried in vain to forcefully take the phone from him. They went into the en-suite shower where they wrestled further for it.

Mafokate said Cici then went for other items to hit him with.

"I then held her tightly so that she could not hit me again. We wrestled again and she bit my arms," he said.

Mafokate said he quickly ran out of the shower screaming for help, went downstairs and out of the house. He said he jumped into his car and reversed it for about 20metres.

"I heard Busisiwe screaming. I stopped the car. She came and started banging on the car windscreen while shouting.

"I slowly drove to the gate. I slowed down at the gate and pressed the remote to open so I could go out. The gate doesn't have a sensor. I quickly drove out," he said.

Mafokate said he was surprised when he heard Cici screaming not far from the car but drove on after not seeing her. He said he called the police and drove back to the house and found her standing next to his neighbour's house.

He said he called an ambulance after she told him that she was injured.

When the police arrested him for assault with intent to do grievous bodily harm, he told his employees to rush Cici to a private hospital and paid her medical bill.

He said when he was released on bail, he went to a doctor because he was feeling pain in his back. He then visited Cici in hospital where she told him that she was injured by a steel rod at the gate.