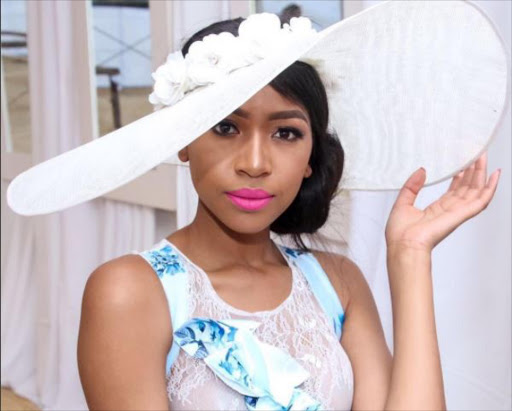 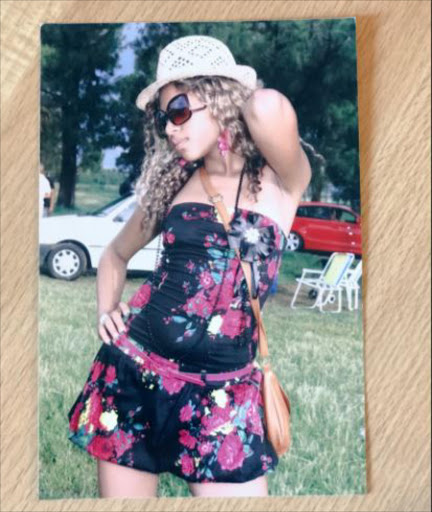 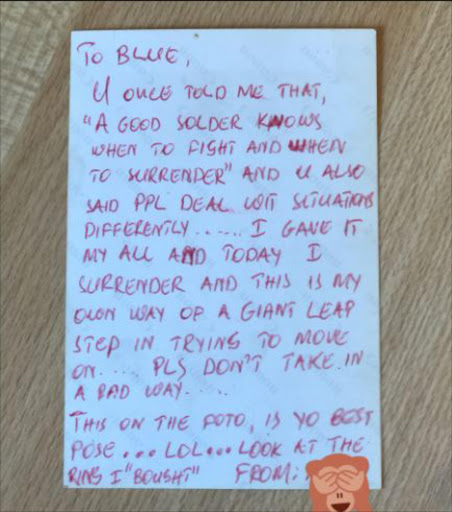 Blue Mbombo has reflected on getting dumped through a message written at the back of a photograph by her ex-boyfriend‚ who said he could “not fight” for her anymore and was moving on.

In an Instagram Live video‚ Blue explained that she always told people she had never been dumped‚ only to find a picture reminding her that this was not the case.

She shared a picture of a message written to her by an ex‚ saying: “To Blue‚ you once told me that ‘a good soldier knows when to fight and when to surrender’ and you also said people deal with situations differently. I gave it my all and today I surrender.”

The ex went on to ask Blue to honour his decision and not take it badly.

“This is my own way of a giant step in trying to move on...please don’t take it in a bad way‚” he added.

Blue’s ex explained why he decided to write the message on the back of a photograph‚ saying that it was a photo of Blue striking her “best pose“.

Take a look at the breakup letter below.