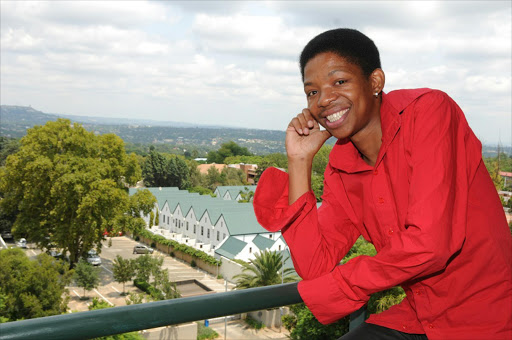 A war over the late gospel star Lundi Tyamara's estate has broken out between his two baby mamas and his former boss Tshepo Nzimande.

The baby mamas are demanding that Nzimande pay royalties of the late artist into their personal accounts so they can support his children.

But Nzimande refused to budge and said he would pay the loot to Lundi's elder sister Babalwa as the musician was openly gay and could not possibly have sired children with them.

And as the war progressed to another level, one of his baby mamas claimed the award-winning gospel artist was not gay but a bisexual who slept with both men and women.

Nzimande confirmed he refused to pay Lundi's royalties into the two women's accounts.

"I don't know who these women are. Lundi never introduced me to these women when he was alive. Why are they coming out now after Lundi's death? Where were they when Lundi was alive?

"The only child Lundi was supporting was Babalwa's child and not these ones."

Nzimande said he would pay Lundi's royalties to his siblings unless he gets a court order instructing him otherwise.

"We have all known Lundi to be gay because he never hid it. Have you guys seen these children before? Only the court order will force me to give them money, otherwise I will deal with his family, not these ones."

One of the baby mamas, who cannot be named to protect the identity of the child, confirmed that Nzimande sent her packing.

"My child is 18 years old. I fell pregnant with Lundi's child more than 18 years ago. Lundi was not gay, he was bisexual. He was sleeping with both men and women. I'm prepared to do a DNA test to prove that this is Lundi's child," she said.

The second one played hide and seek when contacted for comment. "Phone me after five minutes, my battery is dying," she said. She later ignored our phone calls.

Attempts to solicit comment from Lundi's family drew a blank.

The estate war started about two months ago when the baby mamas approached Lundi's other former manager Anele Hlazo and showed him a letter from the office of the Master of the High Court stating that they have been appointed executors of the estate.

Hlazo then paid Lundi's royalties he received from SA Music Rights Organisation (Samro) into their accounts.

They then asked him to tell Nzimande to also pay them Lundi's royalties.

Hlazo confirmed he informed Nzimande but he refused and said he would not deal with people he didn't know. "He said he will deal with Lundi's sister even though these women were appointed as executors of the estate by the Master of the High Court. Even if he is dealing with Lundi's family, why is he not paying the money into their accounts?"

He also advised the women to approach Gallo Records for the sensation's royalties.

Gallo Records general manager Neil Greenberg said: "The company will withhold all royalties for the deceased artist until such time as a dispute or any legal matter has been resolved and we get an instruction from any court or executor of the estate on any future process."