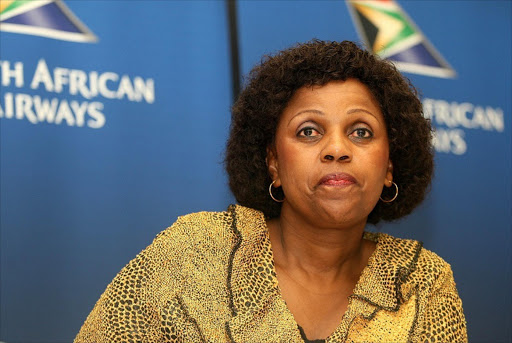 The Democratic Alliance says that Finance Minister Malusi Gigaba cannot ignore the facts any longer and that South African Airways chair Dudu Myeni must be removed.

The party on Saturday welcomed the intervention of the Companies and Intellectual Property Commission (CIPC) which it said confirmed its view that Gigaba’s‚ decision to extend Myeni’s term as chair of the SAA board was illegitimate.

“Accordingly‚ we are also of the belief that Ms Myeni is technically no longer the chair of the board and that any board decisions taken since the 1st of September 2017 must be viewed as irregular and unenforceable‚” said DA deputy spokesman on finance Alf Rees.

He said Gigaba had failed to take the robust action that was required to save SAA and stop the ongoing losses and consequent taxpayer bailouts.

“SAA is a complete shambles and the Minister’s failure to remove one of the main obstacles to progress at the airline shows that SAA is clearly not a priority for Minister Gigaba.

“The intervention of the CIPC in the extended appointment of Ms Myeni will be useful to the Standing Committee on Finance in dealing with its resolution that requests that Minister Gigaba review his decision to extend the appointment and to provide the basis on which he made the decision.

“When all is said and done‚ Minister Gigaba must be held accountable for the evidently illegal decision to extend the appointment of Ms Myeni as the SAA board chair and more importantly‚ for the billions in losses as well as that funding crisis that has been allowed to continue at SAA‚” Lees stated.