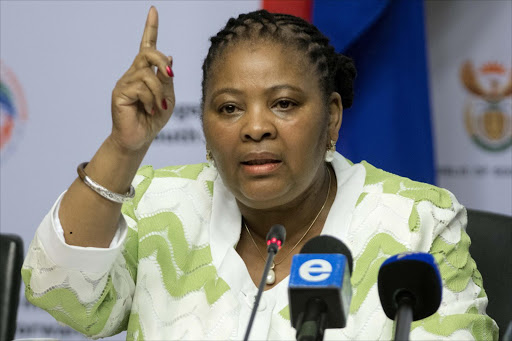 A Mercedes-Benz sedan belonging to Defence and Military Veterans Minister Nosiviwe Mapisa-Nqakula was sold for a lousy R10 during an auction in King William’s Town on Thursday morning.

This after it was placed under the hammer after Mapisa-Nqakula had failed to settle a R50‚000 debt to a King William’s Town garage which had worked on her faulty engine and gearbox last year.

The 1998 C180 Mercedes‚ used by the minister’s 96-year-old father‚ renowned Mdantsane academic DV Mapisa‚ was bought by the same garage‚ King William’s Town Motor Engineering‚ which the minister was indebted to for the repairs.

This after no buyers were available to bid for the vehicle during an auction on Thursday morning.

The sale was confirmed by the garage’s lawyer‚ Peter Monaghan.

This after a writ of execution‚ paving the way for the vehicle’s auctioning‚ was issued by the local magistrate’s court on April 26.

Monaghan said the vehicle was bought by the owners of the garage after no bidders showed up at the scheduled auction.