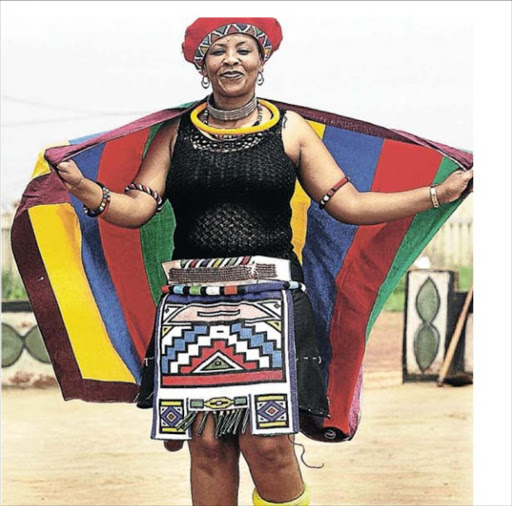 The burial of late musician and former radio DJ Neo Saka was delayed due to a dispute between her husband and family. / Supplied

The funeral of Limpopo musician and former Thobela FM DJ Neo Saka, which was scheduled for last Sunday, was scuppered by a series of real-life Muvhango episodes that played out behind closed doors in Polokwane.

The drama started when Saka's husband Kelepe Makgabo and her family warred over who had the right to bury her after she died in hospital on August 22 after a long illness.

The drama reached boiling point on Friday last week when her family called the police to prevent Makgabo from removing her body from B3 mortuary to take it to a mortuary owned by another funeral services company, Two Mountains.

Her family want the artist to be interred next to her ancestors at Mokomene, a village in Botlokwa area.

Makgabo wants her to be laid to rest in GaMaja where they both lived. He said the two were legally married and, as the husband, he had the right to bury her. Her family argued that the two had eloped and that he had no right to bury her as he did not follow traditional procedure to marry her, which includes paying lobola for her.

They also said that Makgabo had separated from the popular artist and DJ and that he had no right to bury her.

So serious was the tug of war that Chief Maja, who was asked to intervene by Neo's family, ordered Makgabo to first marry Saka's corpse before he could bury it in his soil.

Makgabo only agreed to let Saka's family bury her in Mokomene - 110km north of GaMaja - after Maja vowed to prevent him from burying the songbird on his turf.

Maja's right hand man, Nhlane Maja, confirmed that they denied Makgabo the permission to bury the artist in the chiefdom after he rejected the order to pay lobola for her first.

"The tribal authority was of the view that although the two entered into a civil marriage, the husband didn't pay lobola or even send delegates to notify her family of their marriage.

"Even the deceased's two children indicated that they didn't know that their mother was now married to Makgabo.

"We then advised him to marry the deceased posthumously if he wants to bury her or hand over her ID and two cellphones to the family and allow them to bury her.

"We wrote a letter to both families that the deceased would be buried in Botlokwa and not in GaMaja after Kelepe failed to heed our advice to marry her body as dictated to by our African culture," Nhlane Maja said.

He added that they informed Makgabo that only a high court order could force them to allow him to bury the Afro-jazz singer in GaMaja.

Makgabo first feigned surprise when contacted about the drama.

"I don't know what you are talking about. Kgoshi Maja (chief) has no say in this. Listen, I wanted Neo to be buried at GaMaja because I wanted to give her a decent and dignified funeral. But to avoid family havoc and tension I decided to allow her to be buried in Botlokwa this Saturday [yesterday] as agreed during our meeting at the tribal authority," he said.

He declined to comment on allegations that police were unleashed on him when he wanted to remove Saka's body from one morgue to another without the Seakamela family's consent.

Saka's daughter Mmathapelo confirmed the dispute over the burial: "He came to apologise for what he did but we were surprised when we heard that he went to the mortuary again and attempted to remove my mother's body. We are ready for him if he wants to interdict the funeral."

She was finally buried in Mokomene on Saturday.