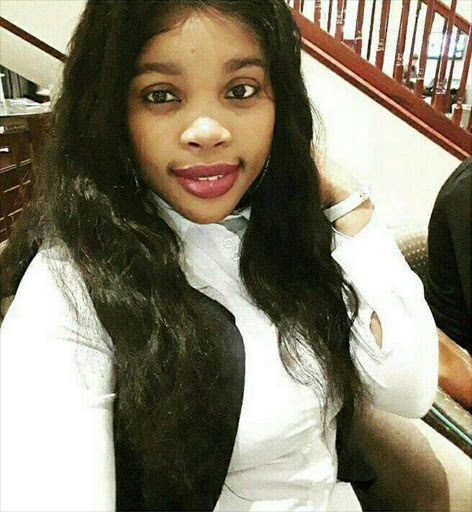 Intellimali‚ the company which accidentally deposited R14-million in Walter Sisulu University student Sibongile Mani’s account‚ has opened a case of theft relating to the spending of more than R800‚000 of the money.

Mani‚ who is the branch secretary of the Pan Africanist Student Movement of Azania (Pasma) had her life turned upside down over the last week after it was revealed that she had spent more than R800‚000 of money that had accidentally been paid into her account.

In a statement last week‚ Intellimali CEO Michael Ansell said: “The student … did not report the oversight but chose rather to access the funds. When the error was discovered in early August 2017‚ she had misappropriated R818‚000.”

At the time the company said it would be meeting with the university and the National Student Financial Aid Scheme (NSFAS) to determine the appropriate action.

Students at the university were this week left angered after Pasma and Mani arranged a media conference on Monday to tell their side of the story‚ where Mani was met with calls to “Pay Back the Money“.

Pasma chairperson Vuyo Langeni told TimesLIVE on Tuesday the organisation had organised the media conference to “set the record straight“.

“We also wanted to ask how her personal and confidential information came out. Her student number‚ ID number and even the course she was studying was leaked. She is now living in fear‚” he said.

Langeni said Pasma was hoping to help Mani with a lawyer who would be willing to represent her pro bono as well as organise counselling for her.

“She’s traumatised. We are trying by all means to ensure the environment she is in is a friendly and safe environment.

“She’s a student and she’s never been at the centre of a commotion like this. She’s had to deal with the media‚ with the hatred from other students‚ and she’s getting threats‚” Langeni said.

Intellimali‚ the company which administered the payments took full responsibility for the blunder last week and repaid the R818‚469.29 which was spent by Mani to the university.

It said it would also be looking into the possibility of opening criminal charges.

Following complaints that Mani was fearing for her safety‚ Tukwayo said it was the university’s responsibility to ensure the safety of all students on campus.

Tukwayo reaffirmed the University’s stance that no student would suffer or lose out on their allowances following Mani’s spending spree.

“Financially‚ we are absolutely certain there won’t be any future problems. All students who are supposed to receive their allowances‚ will receive it until the end of the academic year‚” she said.