'Bonang would attack me after drinking' - Euphonik fights restraint order 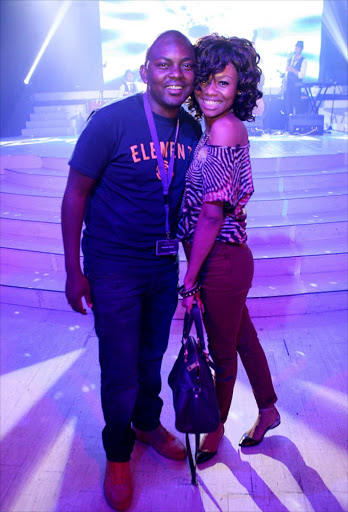 House music disc spinner DJ Euphonik claims that his then girlfriend Bonang Matheba had been beating him up in a series of alcohol-fuelled attacks after accusing him of cheating on her.

He also claimed that Matheba would cut her wrists with a knife and when she started bleeding, would call the police and lie that he assaulted her.

Euphonik, real name Themba Nkosi, dropped the bombshell in a replying affidavit he deposed at the Randburg Magistrate's Court when opposing Bonang's application for a permanent protection order against him in 2012.

Bonang angered her fans when she dropped the assault charges and her application for a permanent restraint order against Euphonik.

It appears Euphonik's allegations of physical abuse at the hands of Queen B were said to be part of the reasons why the popular TV and radio diva dropped the charges.

This is the first time the shocking details of what Euphonik told the court emerge.

"The instructions we received from our client were to the effect that Mr Nkosi had apologised to her. Further, we were advised that they were to resolve the issues privately, in an effort to amicably resolve the dispute," he said.

In the affidavit, which was leaked after being kept a top secret for five years, Euphonik alleged that Bonang was a monster who when drunk, moered him after accusing him of cheating.

"It is submitted that it is the applicant who cannot control her anger. During the subsistence of our relationship, and even today, the applicant is obsessively jealous and controlling and constantly accuses me of being unfaithful to her.

"Whenever the applicant gets angry or upset she is verbally abusive towards me and often throws objects at me. This is exacerbated when the applicant has been consuming alcohol as she has been on the evening in question. This what happened on the evening of the alleged assault," reads the affidavit.

"I know from my long history of dating the applicant that she becomes aggressive and emotional when drinking, especially when consuming wine and champagne as, it is submitted, she was doing on the evening in question."

Euphonik also said that Bonang was the one who assaulted him at her apartment in Hyde Park, Joburg.

He appealed to the court to not give her the permanent order as that would be akin to abusing court processes.