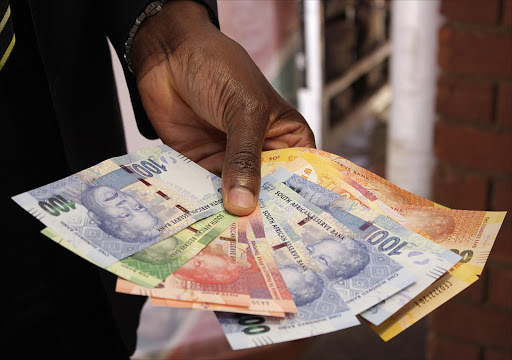 “Funds meant for the poor have been stolen.” This is an extract of a Facebook post under the same name as the student who stands accused of misspending over R800‚000 after R14.1 million of taxpayer money was paid to her in error.

Her name is being withheld. She denies any wrongdoing.

The student‚ in a message to her friends on Wednesday‚ blamed the student aid administration for the mistake and claimed that she was the one who notified authorities.

“(They) allocated more money in a wrong account and that account happened to be mine. So I don’t deny anything...the money was loaded on the 1st June and reversed on the 13th August. But the question is how did it happen to be public news. The answer is still simply and right in front of us...(they) forget to mention one part that... I reported the matter to the authorities‚” she said.

It is reported by two Eastern Cape news outlets‚ quoting other students‚ that she allegedly spent some of the money on expensive weaves and parties. She allegedly also enjoyed eating out often in the seaside city and has been travelling‚ with recent trips to Cape Town and Johannesburg. Earlier this month‚ she reportedly had a prime seat at the Cassper Nyovest show.

The full Facebook comment shared from East London on August 26 at 12.19am stated: “Poverty has been rising as fiscal looting has grown since 2010. The two trends are closely related. Funds meant for the poor have been stolen.”

The post was deleted on Wednesday‚ after news of the spending spree broke.

“Wow girl‚ did you think before posting this? What a coincidence‚” and “The liver this one has” are just two of the several comments shared on Wednesday‚ in response to the post‚ before it was deleted.

The Walter Sisulu University says she will have to pay back the money.

The company that administers financial aid allowances at WSU‚ Intellimali‚ said it would probe a fraud case over the error.

Intellimali said in a statement: “In June 2017‚ a student at Walter Sisulu University (WSU) East London received an over-allocation of her monthly food allowance. While all other students received their usual monthly allocation of R1‚400; she received in error an allocation of R14.1 million. The student‚ whose name is known to Intellimali‚ did not report the oversight but chose rather to access the funds. When the error was discovered in early August 2017‚ she had misappropriated R818‚000.

“IntelliMali has appointed a forensic auditor to investigate this incident‚ which can only be described as unprecedented in our 10-year history.

“...The investigation is ongoing and legal action will be taken against the student.

“... We have already put in place the necessary controls to prevent an incident of this nature ever happening again.”

This story first appeared on TimesLIVE and DispatchLIVE