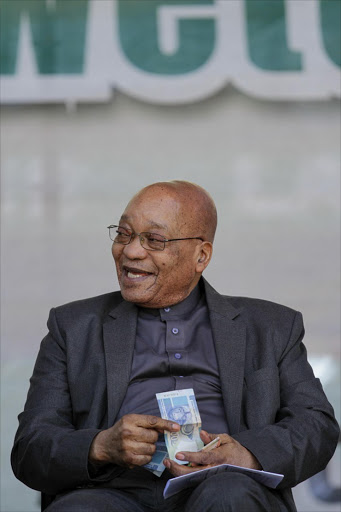 One of President Jacob Zuma’s former bodyguards has been appointed acting head of crime intelligence following the axing of Major General Pat Mokushane earlier this week.

Mokushane was in the position for a little more than two months before acting police commissioner‚ Lieutenant General Lesetja Mothiba‚ removed him this week.

In a letter sent to the police’s top brass‚ Mothiba said he would oversee crime intelligence himself after Mokushane’s removal.

However‚ police spokesperson Brigadier Vish Naidoo said in Wednesday’s statement that Ngcobo comes into the post with a wealth of policing experience after having served over 20 years in the SAPS.

Ngcobo is a former crime intelligence officer. In 2009‚ he became the team leader for Zuma’s presidential protection services. He was later promoted to section head of VIP protection before being appointed the national head in July 2016.

“During these two decades of faithful service‚ Major General Ngcobo has also served within the crime intelligence environment‚” Naidoo said.

Mothiba said: “On behalf of the SAPS‚ I congratulate Major General Ngcobo on his appointment in this acting capacity and we have no doubt that he will live up to all expectations.”

This may be the second time he has been head of crime intelligence: A K.B. “Bhoyi” Ngcobo acted in the position in 2012 following the suspension of Lieutenant General Richard Mdluli in 2011.

amaBhungane reported at the time that Ngcobo’s selection appeared to consolidate the stranglehold over police intelligence structures of individuals perceived to have powerful‚ personal loyalties to Zuma — key among them the members of Zuma’s personal guard.