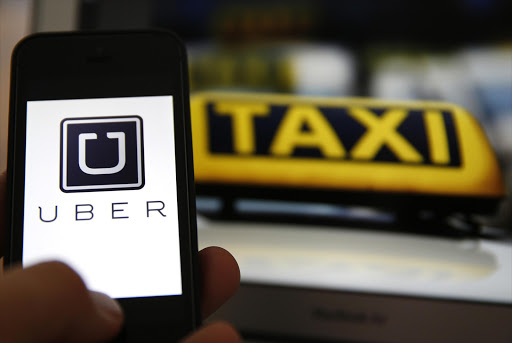 As one man was scheduled to appear in the Roodepoort Magistrate’s Court on Wednesday for allegedly hurling acid at an Uber driver‚ another driver has been shot dead.

The driver was reportedly killed on Monday night at the Etwatwa off-ramp in Benoni.

Etwatwa police said they were aware of the case but the investigation was being handled by the Daveyton police.

An SMS circulating on a WhatsAPP group used by a group of Uber drivers revealed that the victim’s body was found dumped near the N12 highway while a tracking device traced his vehicle to the Chris Hani informal settlement a few minutes away.

An email from Uber management sent to the drivers on Tuesday read: “Last night a driver-partner was killed in what appears to be an attempted hijacking. We are shocked and deeply saddened to learn of this very tragic news.

“While it appears the driver-partner was not using the app when he was hijacked‚ we are still reaching out to the authorities to offer our help in the investigation‚” it said.

Uber drivers believe the murdered driver could have taken a cash client.

“We believe it could have been a cash trip. That is the only thing that makes sense‚” said one Uber driver who linked the attack to the company’s cash system.

The driver‚ who spoke on condition of anonymity‚ said in order to ensure he was protected‚ he had stopped accepting cash trips.

Some drivers have questioned the safety of the cash trip system.

Meanwhile‚ the man scheduled to appear in the Roodepoort court was apprehended last week by a taxi driver he had allegedly poured acid on in Florida‚ west of Johannesburg.

Uber said the man was not a driver-partner associated with the vehicle hailing service.

With his skin still bubbling from the suspected acid attack‚ the taxi driver managed to apprehend his attacker who he had picked up as a passenger in his vehicle.

The 50-year-old driver sustained serious burn wounds to his face‚ arm and chest.

At the time‚ paramedics said they suspected the incident was an attempted hijacking.

“The patient told paramedics that he had picked up the suspect and had driven him to the Rail Road. The suspect then attempted to hijack the patient and throw‚ what is believed to have been acid‚ in his face‚” ER24 said at the time.

“The patient was able to apprehend the suspect who was later handed over to the local authorities.”

In a separate incident which took place on August 6 another Johannesburg Uber driver was attacked with acid‚ leaving him scarred.

The man‚ who identified himself as Kgomotso Tiro‚ sustained injuries to his face and hands.

Uber has called a press conference on Wednesday to address concerns about attacks on drivers and answer questions relating to the cash payment system.

*This article was amended to clarify discrepancies relating to two separate acid attacks‚ one on a metered taxi driver and the other on an Uber driver.