Cleansing ceremony to be held at M1 bridge collapse site 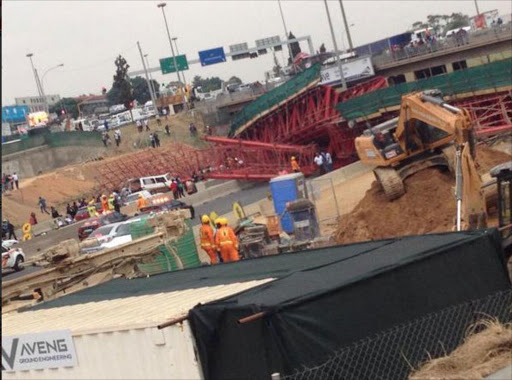 A cleansing ceremony will be held at the Greyston Drive Bridge in Sandton for the M1 bridge collapse that killed two people and injured 19.

Johannesburg Metro Police Department (JMPD) said traffic on the M1 north and south will be diverted on Friday because of the ceremony.

"Traffic will be diverted into the off-ramps at about 10:00 for 15 minutes and JMPD officers will be on duty to direct the traffic," spokesperson Wayne Minnaar said.

The scaffolding that collapsed last month was a support structure for what was intended to be a pedestrian and cycle bridge connecting Alexandra and Sandton.

It collapsed onto the M1 at Grayston Drive around 15:30 on October 14. The driver of a minibus taxi and a man in a Toyota Fortuner were killed. Nineteen people were injured.