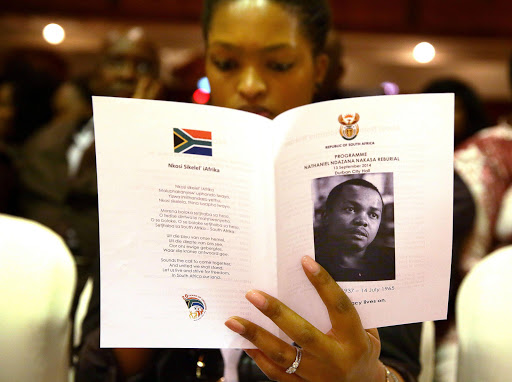 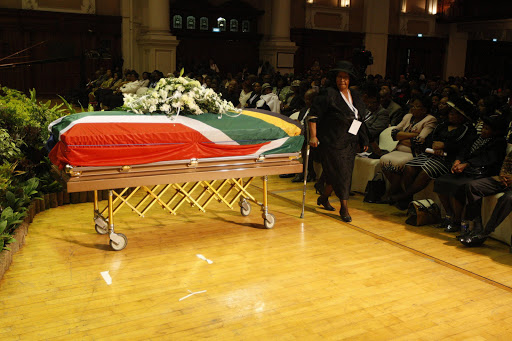 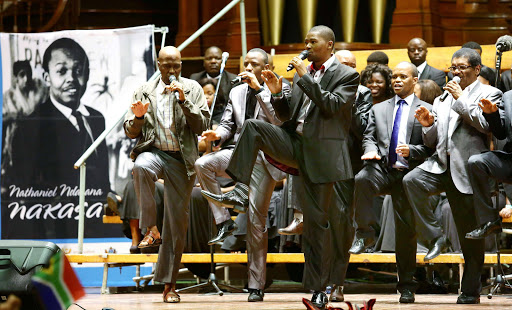 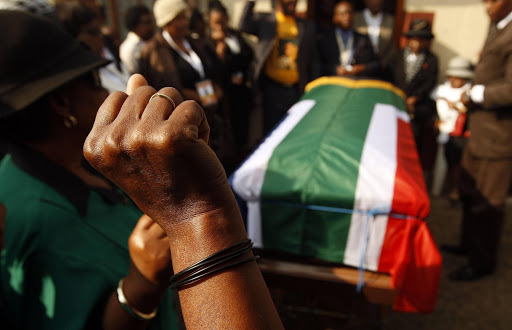 Anti-apartheid journalist Nat Nakasa was reburied in Durban's Chesterville's Heroes Acre on Saturday, some 49 years after he was buried in a New York cemetery.

His reburial -- described by Arts and Culture Minister Nathi Mthethwa as closing a tragic chapter of South Africa's history was preceded by a memorial service attended by hundreds in the Durban City Hall and a procession of his coffin through Chesterville.

"The act of reburial solidifies that which is a part of our heritage," Mthethwa said speaking at the memorial service in Durban's city hall.

He said Nakasa had challenged the apartheid system through the pen.

"Much as he was not politically affiliated, an individual like Nat Nakasa was unavoidably a conduit for what the National Liberation Movement fought for."

Nakasa's last remaining sibling, who last saw Nakasa when she was 13-years-old, sat between Mchunu and Mthethwa.

He was forced to leave South Africa on an exit visa when the apartheid government refused to grant him a passport after he was awarded a Nieman Fellowship at the Harvard University in Cambridge, Massachusetts.

Nakasa died after falling from a building in New York in an apparent suicide in 1965. He was 28. He was buried at the city's Ferncliff Cemetery, until his exhumation earlier this year.

However, Nakasa's nephew Dr Sipho Masondo said on Saturday that he rejected all claims of suicide.

He said that he had been told the night before Nakasa's body was found on a New York pavement, that Nakasa had received a telephone call at Miriam Makeba's New York home where he was interviewing her.

The next day on July 14, 1965, he was dead, without having completed the interview.

"I do not accept that he committed suicide. He was a victim of the cold war," said Masondo.

Tsedu said the reburial of Nakasa showed that government and the media could work together.

He praised Nakasa's sister Gladys Mazibuko for being unwavering in her love and efforts to bring Nakasa back.