Who is fooling who? Soapie stars reveal their salaries 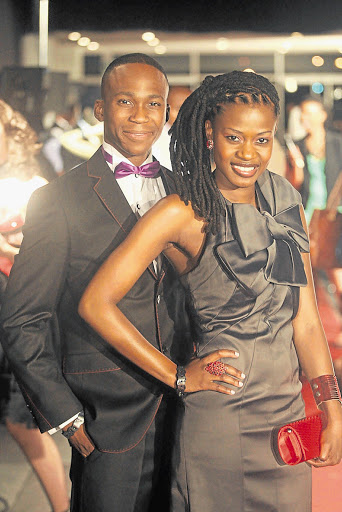 PAY US THE MONEY: Anga Makubalo and Zenande Mfenyana want their salaries on the soapie to be increased. Picture: Veli Nhlapo

GENERATIONS actors have leaked their new collective bargaining agreement dossier to the media in a desperate effort to rebut claims by the soapie's kingpin, Mfundi Vundla, that they earn a packet.

Vundla told the media on Friday in a press conference that the lowest-paid actor in the soapie earned an average of R55000 a month (about R14000 a week).

But the dossier showed that the lowest-paid actors - Anga Makubalo (MJ), Zenande Mfenyana (Noluntu) and Mandla Gaduka (Choppa) - earn an average of between R5500 and R8000 a week.

"This means that the lowest-paid earns [about] R32000 per month and not an average of R55000 per month as they claimed in the press conference. This is all lies designed to portray us as greedy," said an actor who did not want to be named for fear of victimisation.

The actors have asked that the salaries of Makubalo, Mfenyana and Gaduka, who have been with the soapie for less than four years, be increased to R12000 a week.

The confidential document also shows that Zolisa Xaluva (Jason), Slindile Nondangala (Mam' Ruby) and Thato Molamu (Nicholas), who have been with the drama for less than less six years, earn an average of between R9000 and R11000 a week

They are demanding their wages be hiked to R16000 a week.

The dossier also states that Thami Mngqolo (Senzo), Katlego Danke (Dineo) and Winnie Modise (Khethiwe) earn an average of between R11000 and R13000 a week.

It states that Sophie Ndaba (Queen), the longest-serving actress on the soap with more than 15 years, earned an average of R17000 a week and that her wage should be spiked to R30000 a week.

The actors declined to comment on the matter and said they would tell it all at their press conference tomorrow at the Market Theatre.

SABC spokesman Kaizer Kganyago declined to comment and referred us to Vundla, who was not available for comment.

Generations head writer Bongi Ndaba also declined to comment, saying that she did not deal with actors' wages.

READ MORE IN THE SUNDAY WORLD